US will not lift sanctions to persuade Iranin negotiating 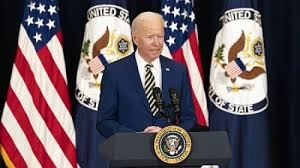 The newly sworn-in President of USA Joe Biden said that he will not lift economic sanctions against Iran until it complies with the terms agreed under a 2015 nuclear deal.

“No,” said Biden, when asked whether the US will lift sanctions to convince Iran to participate in negotiations, Wall Street Journal reported citing his interview with CBS News aired on Sunday.

Meanwhile, Ali Khamenei said that for Iran to return to its commitments under the deal, the US must first “abolish all sanctions”, Iranian state TV reported on Sunday. “We will assess, and if we see that they have acted faithfully in this regard, we will return to our commitment,” he said, adding: “It is the irreversible and final decision and all Iranian officials have consensus over it.

Former President Donald Trump unilaterally withdrew the U.S. in 2018 from the atomic deal, which saw Iran agree to limit its enrichment of uranium in exchange for the lifting of economic sanctions.

Biden has said he will seek to revive the deal, but insisted that Iran must first reverse its nuclear steps, creating a contest of wills between the nations.

In response to Trump’s so-called “maximum pressure” campaign against Iran, the country began to gradually violate its atomic commitments, and threatened further provocations in a bid to increase its leverage and get Biden to prioritize a return to the deal as he moves to dismantle Trump’s legacy. Biden has signed a series of executive actions that reverse course on a wide range of issues, including climate change and immigration.