The failure of the engine in United Airlines scattered too much debris at the Colorado community. 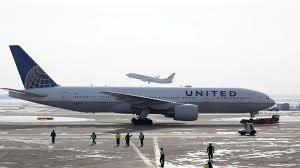 After the engine failure in United Airlines flight on Saturday the US Federal Aviation Administration on Sunday ordered for meticulous inspection for some of the Boeing 777 passenger jets.

The failure of the engine in United Airlines scattered too much debris at the Colorado community.

The inspection was meant for removing some of the 777s out of service but only after the inspection, said the FAA Administrator Steve Dickson.

“I have directed them to issue an Emergency Airworthiness Directive that would require immediate or stepped-up inspections of Boeing 777 airplanes equipped with certain Pratt & Whitney PW4000 engines,” reads a statement released by Dickson on Twitter.

A video got viral, in which the failure of engine showed the right part of the engine flaming and jiggling on the wing of the Boeing 777-200 and its cover was entirely missing when it returned back to Denver.

However, no one was injured in the plane and on the ground.

“Based on the initial information, we concluded that the inspection interval should be stepped up for the hollow fan blades that are unique to this model of engine, used solely on Boeing 777 airplanes,” said Dickson.

The FAA Administrator had also announced that the FAA officials were going to meet Pratt & Whitney and Boeing representatives at evening on Sunday.

The United Airlines Flight UA328 had departed from Denver to Honolulu, where the engine failed soon after the departure.

Many broken pieces of the airplane were found from the residents of Denver suburb of Broomfield as the plane was broken and shattered its pieces around the communities.

After the accident, fortunately the piolets were also returned safe to Denver.