US Capitol under lockdown after a vehicle rams into barricade

US Capitol Police say all Capitol buildings were being locked down 'due to an external security threat' and staff members were told they could not enter or exit the buildings. 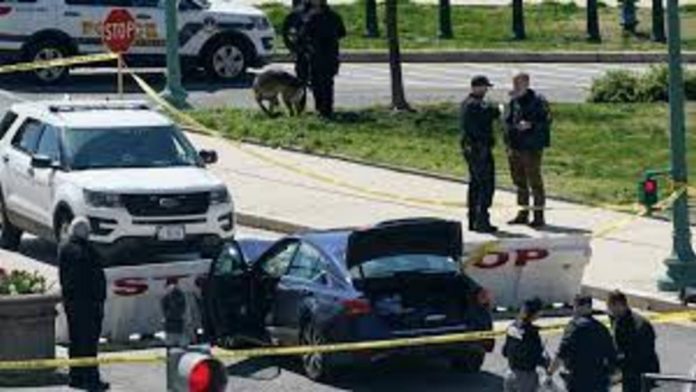 Heavy police have been deployed and streets surrounding the U.S. Capitol and congressional office buildings have been locked down due to a security threat late on Friday.

According to the reports of AFP two police officials have been injured near U.S. Capitol after a vehicle rammed into the placed barricade.

“A suspect is in custody. Both officers are injured. All three have been transported to the hospital,” tweeted the police department of U.S. Capitol on twitter.

The incident comes almost three months after a mob of equipped insurrectionists raged the as the Congress was casting a ballot to confirm Joe Biden’s presidential win.

However, the White House press secretary was not aware of the situation yet as she informed.

A law enforcement official says officials were reacting to a report of a potential shooting on a road close to the Capitol complex. It wasn’t quickly clear if anybody was harmed.

The official could not discuss the ongoing probe openly so he spoke to the Associated Press on the condition of anonymity.

The U.S. Capitol was placed under lockdown after the ramming of the vehicle and the shooting. The staff members were asked not to enter or exit the premises where they were.

Fencing that restricted vehicular traffic near that region was recently removed as the Capitol has begun to open up after the January 6 violence.