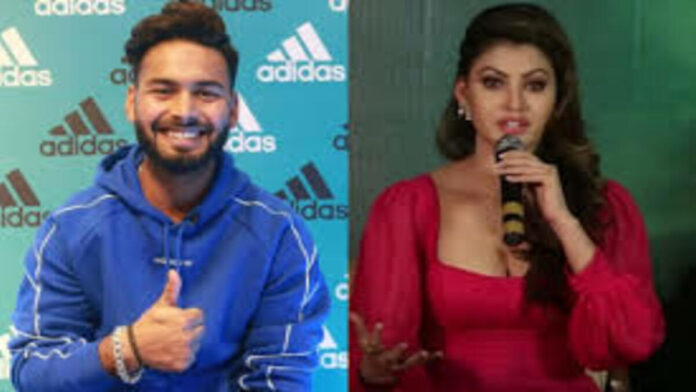 Recently, Urvashi Rautela spoke openly and candidly to Bollywood Hungama about her position as the highest-paid Tamil actress. The actress mentioned a particular “RP” in the same scene without giving his full name, but the suggestion was more than enough for viewers to make the connection. For a while now, there have been rumors that Urvashi dates a cricket player. The actress then remembered a time when she kept him waiting all night. The cricketer responded to the post on social media in response to allusions she made during the interview, but she later deleted it. Urvashi, on the other side, also commented on his article.

In the exclusive interview, Urvashi Rautela made reference to a certain “RP” by saying, “I was shooting in Varanasi and had a concert in New Delhi. I had a full day of shooting and then had to prepare for the concert at night. At the foyer, Mr. RP was waiting for me. But after the show, I was so exhausted that I fell asleep. I received several calls. She declined to give the name of Mr. RP when asked about him but said, “When I woke up, I saw about 16 to 17 missed calls. I felt horrible that someone was waiting for me out of respect. I don’t belong to the group of women who will wait for a man simply because he is a man. I’m always respectful of other people. Because I couldn’t meet him there, I made the decision to meet him in Mumbai. However, after the meeting, there were numerous paparazzi present, and the following day, it became national news. She continued, “Media frequently interferes and occasionally spoils when there are prospects for something positive to happen.”

Rishabh Pant posted a video of her honest interview on Instagram Story and commented, “It’s funny how people lie in interviews only for some little recognition and for hitting the headlines. It’s sad that some people have such a craving for name recognition. God bless them, please. #jhutkibhilimithotihai #merapichachorhoBehen He instantly removed the post after adding this to the story.

Unbeknownst to the general public, Rishabh Pant had blocked Urvashi Rautela from social media after she had claimed that they were dating.