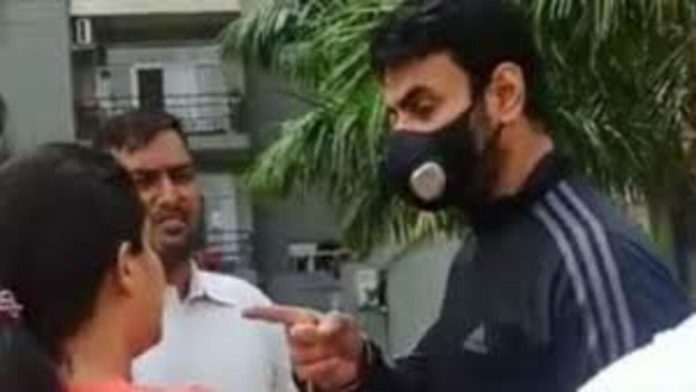 Senior officials reported that Shrikant Tyagi, who had fled after a FIR was filed against him for assaulting and pushing a woman at the Grand Omaxe society in Noida, had been apprehended by the Uttar Pradesh Police on Tuesday.

Since Friday, when a FIR was filed against Tyagi for assaulting the woman, he has been evading capture. Later, sections for criminal trespass, harming someone, insulting someone with the intent to cause a disturbance, and criminal intimidation were added. Alok Singh, the police commissioner for Noida, stated on Sunday night that he would also be charged under the Gangster Act.

Tyagi’s attorney had submitted a surrender petition to the Surajpur Court on Monday. On Wednesday, the petition was going to be heard.

Later on in the day, a press conference about the arrest is anticipated from the Noida police.

After a group of ten men barged into the Grand Omaxe society on Monday and demanded the address of the woman who had gotten into a fight with Tyagi, the Noida Authority destroyed the illegal additions Tyagi had built onto his home and allegedly assaulted society security staff, residents, and police officers.