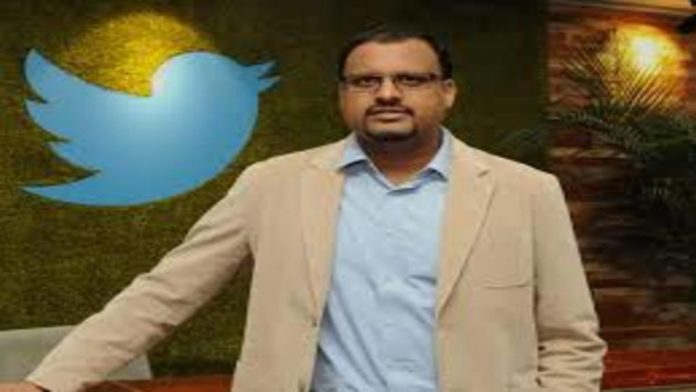 An FIR against the Twitter’s India chief Manish Maheshwari in Uttar Pradesh over an incorrect map at its platform that showed Jammu and Kashmir, Ladakh as a separate country. It is the second FIR against the platform amid the ongoing controversy with the centre.

The incorrect map was shown in the “Tweet Life” section of Twitter’s website but was later removed on Monday after a huge controversy initiated by an user.

“This act of treason has been committed intentionally and action should be taken,” said the FIR filed by the right-wing group Bajrang Dal’s leader Praveen Bhati. The case has been filed under Section 505 (2) of the Indian Penal Code (creating or promoting enmity, hatred or ill-will between classes) and Section 74 of IT (Amendment) Act 2008.

In the complaint, Amrita Tripathi’s name has also been mentioned. She works with Twitter India and she had posted a clarification on the role by tweeting hours after filing of the complaint.

The first FIR was linked to the brutal assault of an old Muslim man that sparked controversy as posts regarding the matter were going viral over the microblogging site. Mr Maheshwari was also summoned by the Uttar Pradesh Police over the first FIR. The complaint said that the viral tweets were made to “provoke communal sentiments”. Along with Twitter the complaint had also named journalists Rana Ayyub and Saba Naqvi and some Congress leaders in the matter.

However, the Karnataka High Court had ruled in favour of Mr Maheshwari which provided him a protection from arrest. The Court even said that Mr Maheshwari, who is resident of Bengaluru does not have to go to UP for any interrogation and investigation and “If police desire to investigate or question, they may do so by virtual mode”.

In the midst of hyped tensions with the central government Twitter on Monday appointed its Global Legal Policy Director Jeremy Kessel as the grievance officer for India as mandated by new IT Rules.