‘UP Did Worst Covid Management During Second Wave,’ Alleges Kejriwal In Address 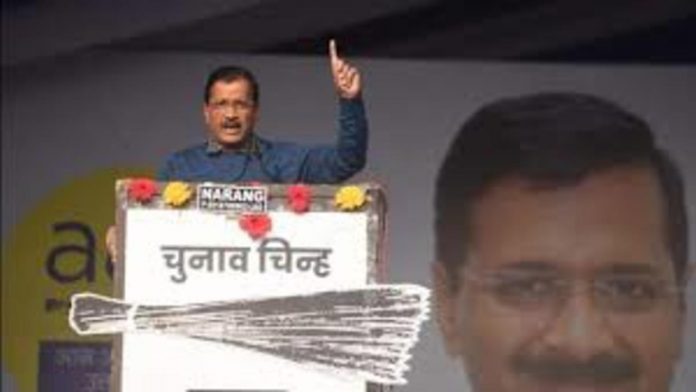 Ahead of the Uttar Pradesh assembly elections, Delhi Chief Minister Arvind Kejriwal in his address in Lucknow took a dig at the Yogi government for its mismanagement during the second wave of Covid-19. In his statements he alleged that “the state did the worst Covid management in the world”. He even blamed the state government for the huge number of deaths reported in the state.

“It is regrettable that over the last five years, the Yogi Adityanath government has not only built crematoriums in Uttar Pradesh, but also made arrangements to dispatch many people there,” the AAP chief said.

The Aam Aadmi Party is contesting for 403 seats in the state in the upcoming assembly elections, which are only a few weeks away.

“In 2017, the BJP’s tallest leader had said if ‘kabristans’ (cemeteries) are made in Uttar Pradesh, then ‘samshans’ (crematoriums) should also come up,” said the AAP chief referring PM Modi.

“Unfortunately, Yogi Adityanath over the past five years only constructed crematoriums and made arrangements to send a large section of citizens there,” the Delhi Chief Minister added.

“Sometimes, people wonder if they are contesting elections in Uttar Pradesh or Delhi,” he said taking a jibe the Yogi government for putting up huge number of hoardings in the national capital.

Comparing his government with others, he said, while my rivals better know how to “construct graveyards and crematoriums”, I know “how to get schools and hospitals built”.