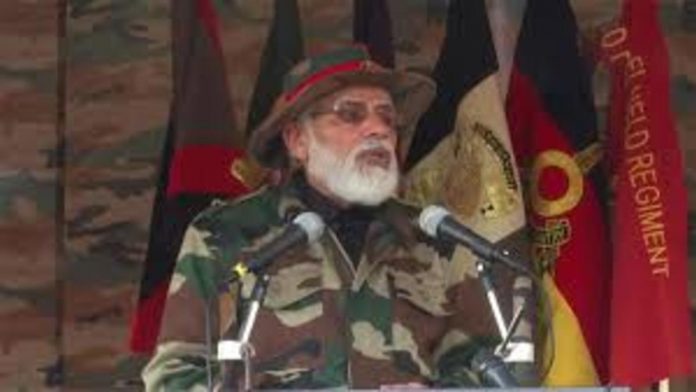 A district court in Uttar Pradesh has issued a notice to the Prime Minister’s Office about Prime Minister Narendra Modi’s Indian Army uniform that he wore during his visit to Kashmir last year.

Wearing clothing or carrying a token used by a soldier, sailor, or airman is an offence punishable under Section 140 of the Indian Penal Code, according to a plea filed in a court in Prayagraj.

According to a source, district judge Nalin Kumar Srivastava issued the notice after listening to the arguments of counsel Rakesh Nath Pandey, who had filed the application under section 156(3) of the Code of Criminal Procedure (which empowers Magistrate to order investigation into a cognizable offence).

Pandey filed an application in December 2021, but it was denied by chief judicial magistrate Harendra Nath, who stated that the incident occurred outside of the court’s jurisdiction and that the matter could be heard by a magistrate with jurisdiction.

Pandey has now given the PMO notice*
From 2017 onwards, Prime Minister Modi has worn a military uniform.
PM Modi celebrated Diwali with Indian Armed Forces soldiers dressed in military uniform in the Nowshera area of Jammu & Kashmir in November 2021.

Since 2016, the Prime Minister has been celebrating Diwali with Indian soldiers in civilian garb, but starting in 2017, he has been wearing Indian Army combat uniforms without insignia.

Vladimir Putin has worn practically every military outfit in Russia’s armed forces throughout his 20-year leadership. Recep Tayyip Erdogan of Turkey and Xi Jinping of China were on the list before PM Modi. Unlike PM Modi, Putin, Erdogan, and Xi are all heads of state.

According to India’s constitutional order, the country’s armed forces owe their allegiance to the country’s Commander-in-Chief, the President of India. The administration led by the prime minister also performs its duties in the name of the President, who represents the Head of State.