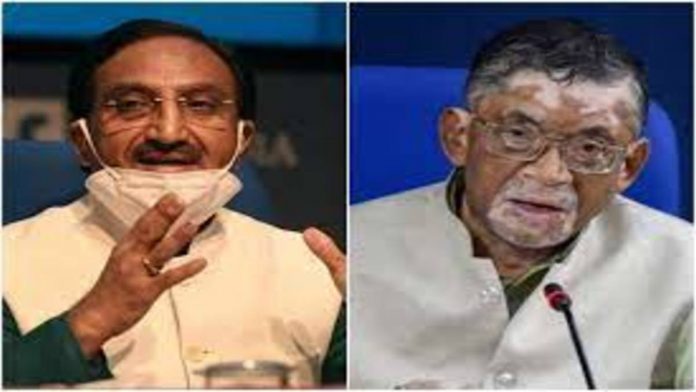 Prime Minister Narendra Modi is set to make the first change in his council of ministers today at 6 p.m., two years after assuming office for the second time in 2019. It is expected to be a big shake-up of the cabinet. With an eye on the political and governance problems, PM Modi is anticipated to make the reshuffle more representative.

On Tuesday, BJP leaders Sarbananda Sonowal, Jyotiraditya Scindia, and Narayan Rane arrived in the national capital, all of whom are expected to be inducted as ministers in the Modi cabinet. R C P Singh of the JD(U) and Pashupati Kumar Paras of the LJP, both expected to represent the BJP’s supporters in the administration, arrived in Delhi from Bihar.

The number of BJP MPs from West Bengal and the Northeast could increase. Sources say another BJP ally, the All India Jharkhand Students Union, may also obtain a seat in the cabinet, as the BJP seeks to increase its partners’ presence in the ministry after traditional allies like the Shiv Sena and Shiromani Akali Dal cut ties with it.

The Council of Ministers currently has 53 members, including Modi, with a maximum capacity of 81. The drill takes place against the backdrop of the BJP’s top brass conducting a weeks-long evaluation of the performance of Union ministers and the organisation in the aftermath of the COVID-19 outbreak.

The reshuffle is expected to be a “major shake-up,” with Modi tackling political concerns such as assembly elections in five states early next year and governance issues, according to a BJP leader. Hours before the predicted change, the prime minister will also preside over a Cabinet meeting.

The COVID-19 pandemic, which has been a factor in the internal evaluation of the party’s governance and organisational works, and his review of his ministers’ work, assembly elections in Uttar Pradesh, Uttarakhand, Goa, Manipur, and Punjab in early next year, and the COVID-19 pandemic, are all likely to weigh heavily in the expected reshuffle.

Against the backdrop of a huge review of the national government and party machinery, the prime minister may opt for fresh faces with a focus on nurturing younger leaders while also taking into account caste and regional balances. In addition to bringing in more women, there is talk about Modi inducting some professionals and individuals with domain experience.