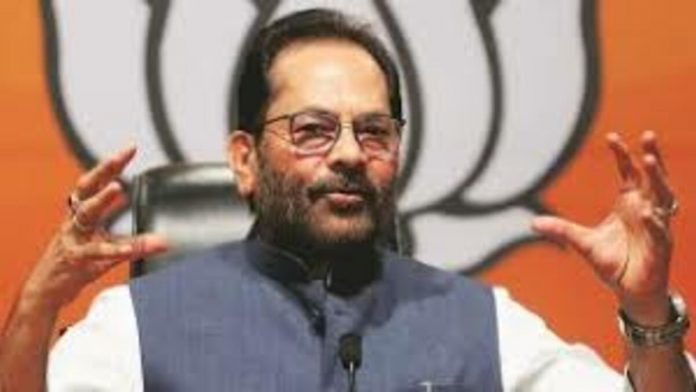 There is still some uncertainty regarding whether the upcoming cabinet meeting of the Centre would be the last one for the two Union Ministers whose tenure as MPs expire in a few days. On July 7, both Ministers for Minority Affairs Mukhtar Abbas Naqvi and Minister for Steel RCP Singh would have served out their tenure in the Rajya Sabha; however, their respective political parties have not re-elected them.

If neither Minister wins a seat in the House of Representatives within six months of July 7, they will both lose their positions in the government.

Mr. Singh, the party’s No. 2 and a former confidant of Bihar Chief Minister Nitish Kumar, was disqualified from running for the Rajya Sabha elections by the leader of Janata Dal-United due to his close ties to the party’s senior partner, the BJP, and the party has not renominated Mr. Naqvi.

Even when they cease to be MPs, the Ministers may continue serving for another six months, but this rarely occurs in practice. However, after being named to the cabinet, Ministers frequently become MPs.

The fate of the two Ministers is the subject of numerous rumors.

Many believe Mr. Naqvi is the vice presidential candidate for the ruling party, or at the at least, a contender for governor or lieutenant governor of a state or union territory. There are rumors that RCP Singh would formally join the BJP soon.

After a photo of Mr. Singh being welcomed in Telangana by BJP leaders sparked rumors, the BJP stated yesterday that Mr. Singh has not yet joined their party.

It seems unlikely that Mr. Singh’s decision to join the BJP will be well received by Nitish Kumar, his former employer, who is even said to have forced him out of his official apartment.

There are still seven open seats in the Rajya Sabha that must be filled after the president’s nomination.

Whether the two MPs will remain in their positions as Ministers or, per the President’s recommendation, be moved to the Rajya Sabha is still up in the air.

Vice President candidate nominations have already begun, and the NDA coalition, which currently holds power, is expected to soon unveil its choice.