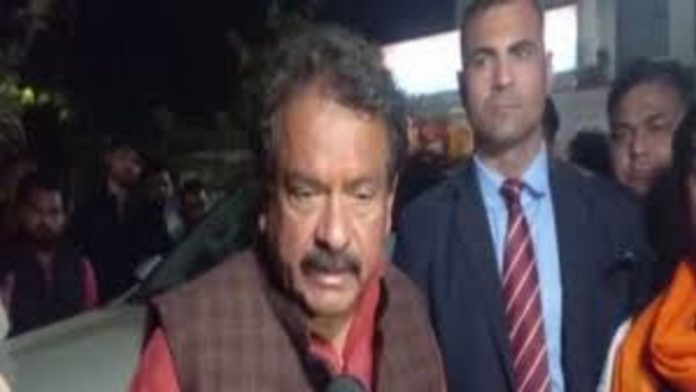 Satya Pal Singh Baghel is the BJP candidate for the Karhal assembly seat, which is also being contested by Akhilesh Yadav, the head of the Samajwadi Party.

According to accounts, the BJP leader survived the attack unharmed. A vehicle in Baghel’s convoy, however, had its glass damaged by stones.

The attack on Baghel has been vehemently denounced by the BJP. KP Maurya, the Deputy Chief Minister of Uttar Pradesh, said that “goons” from the Samajwadi Party were responsible for the incident.

“Because you are afraid of losing the election, Akhilesh Yadav ji uses your pet goons to assault the BJP candidate, Union Minister Professor SP Singh Baghel, and BJP leaders. Geeta Shakya, a BJP MP, was also attacked the day before. The perpetrators of both acts will face severe consequences “In a series of tweets, Maurya stated.

The incident occurred in Thana Karhal’s Rahmatullahpur village. Baghel was on his way to Atikullapur hamlet with other party officials after campaigning in the region ahead of the second phase of the UP assembly elections.

Some others who were already outside the area began throwing stones at Baghel’s cavalcade. The attack caused damage to a vehicle, but no one was injured.

The police were notified, but the stone pelters had already departed by the time they arrived. The case is being examined, according to ASP Madhuvan Kumar Singh. After a formal complaint is filed, action will be taken.