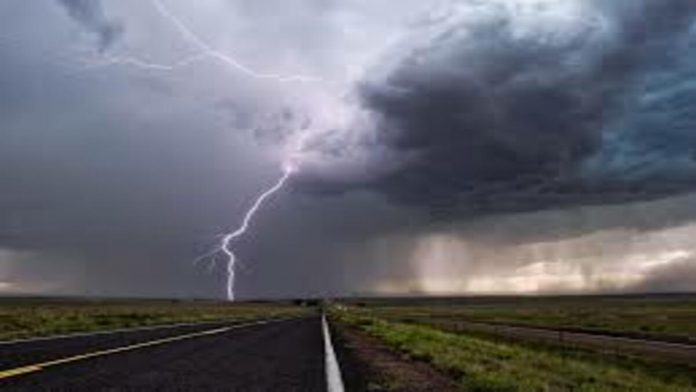 According to news reports, Defence Minister Rajnath Singh’s flight was one of at least 11 that were diverted from the Delhi airport on Friday evening due to severe rain and thunderstorms in the national capital and surrounding areas.
With aircraft operations in Delhi disrupted, some flights were diverted to Lucknow and Jaipur.

Passengers should contact airlines for current flight information, according to Delhi Airport officials.

“Flight operations at Delhi Airport have been hampered by poor weather. Passengers should contact the airline directly for the most up-to-date flight information “The Delhi Airport’s official Twitter account shared the news.

The rain, which began in the afternoon and intensified late in the evening, gave much-needed relief from the oppressive heat in the nation’s capital.

As rains pelted the dry and dusty roadways, many residents flocked to social media to post photos and videos.

At Safdarjung, the city’s base meteorological station, the highest temperature rose to 43.6 degrees, three degrees above usual, earlier on Thursday.

On Saturday, the weather service predicts thunderstorms with strong winds. For the next three to four days, a partly cloudy sky and rain are expected to keep the temperature down.

On Saturday, a cyclonic circulation will persist across Punjab and Haryana, causing periodic thundershowers, according to weather forecasts.

Beginning Sunday, a new western disturbance will bring rain and thunderstorms to northwest India. As a result, by Tuesday, the highest temperature in Delhi will have dropped to 37 degrees Celsius.

“Back-to-back western disturbances will continue to provide sporadic relief from the heat. For the next week, no heat wave is expected “Skymet’s vice president of meteorology and climate change, Mahesh Palawat, stated.