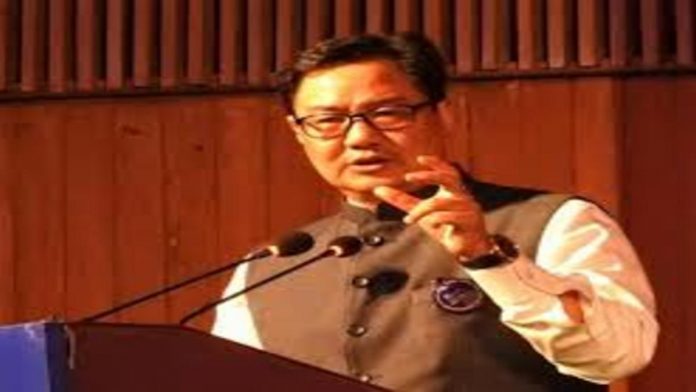 On Monday, Union law minister Kiren Rijiju will present the Election Laws (Amendment) Bill in the Lok Sabha. The bill proposes changing the Representation of the People Act to allow Aadhaar numbers to be used for voter registration “for the purpose of establishing identification.” It also proposes changing the word “wife” to “spouse” in the Representation of the People Act to make it gender-neutral.

According to the bill, no application will be denied, and no existing entries in electoral rolls will be erased due to a lack of Aadhaar numbers. For the purpose of establishing identity, other documents will be accepted.

Rijiju will introduce the Mediation Bill in the Rajya Sabha, which intends to encourage and facilitate mediation, particularly institutional mediation, for the resolution of conflicts. The proposed law seeks to provide for a body for the registration of mediators, encourage community mediation and make online mediation an acceptable and cost-effective process.