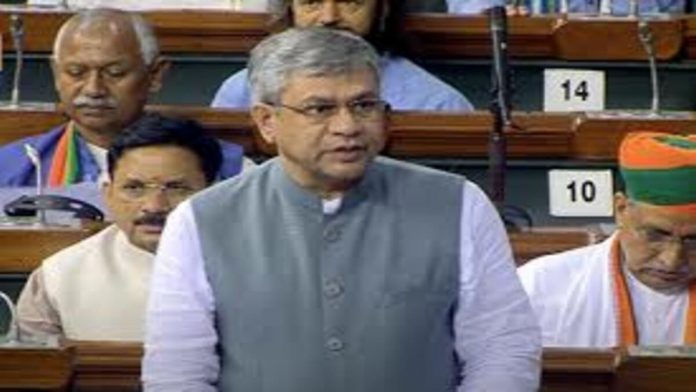 The Personal Data Protection Bill, 2019, was withdrawn from the Lok Sabha on Wednesday, according to Union Information Technology Minister Ashwini Vaishnaw, who also stated that the government has decided to introduce a new bill that adheres to the overall legal framework in light of the recommendations made by the Joint Committee of Parliament (JCP) on the Bill.

The Personal Data Protection Bill, 2019, was thoroughly discussed by the Joint Committee of Parliament, 81 amendments were proposed, and 12 recommendations were made toward a comprehensive legal framework on the digital ecosystem, the government stated in a statement outlining the reasons for withdrawal. A thorough legislative framework is being developed in light of the JCP’s report. Therefore, it is suggested that The Personal Data Protection Bill, 2019, be withdrawn in light of the current situation and replaced with a new bill that adheres to the overall legislative framework.

In December 2021, the Joint Committee of Parliament on the Personal Data Protection Bill turned in a 542-page report that included 81 modifications and 93 overall recommendations. In addition, the panel headed by P.P. Chaudhary, a former Union Minister and BJP member, made roughly 97 modifications and amendments to the Bill’s language.

Congress General Secretary Jairam Ramesh stated that there was pressure from the United States against the Joint Select Committee’s findings in response to the Centre’s decision to withdraw the Bill. He predicted that major tech firms would be delighted with the Center’s choice. “The Ministers for Telecommunications and IT, Ashwini Vaishnaw and Rajeev Chandrasekhar, both served on the Joint Committee. Now they are ministers. Perhaps their opinions have evolved,” observed Mr. Ramesh, another panelist.

Bhartruhari Mahtab, a senior BJD politician who served on the panel, claimed the Minister stated that the Center would reintroduce a new Bill. “More than 75 modifications were made to the bill. Additionally, the government had modified 12 amendments. It would be preferable to have a new Bill than to move all of those amendments. But it ought to arrive sooner. A data protection law is required. It shouldn’t be postponed, Mr. Mahtab said, adding that the government’s stance on the panel’s recommendations and changes won’t be clear until it introduces a new Bill.

Amar Patnaik, a member of the Biju Janata Dal in the Rajya Sabha and another member of the panel, welcomed the withdrawal of the Bill in its current form but hoped that the new Bill, which will be introduced, would take the JCP’s concerns into consideration. “In a measure with 99 sections, there were 81 amendments, and even after the amendments, I had submitted a dissent note arguing that there should be State-level Data Protection Authorities. I agree with the bill’s withdrawal in its current form and am hopeful that the new law will address our concerns.