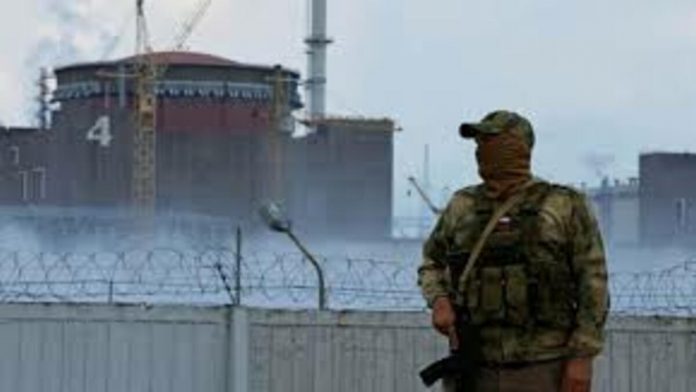 The Russian-controlled Zaporizhzhia nuclear power station has been shelled, and according to Ukraine’s interior minister, the country must be prepared for every eventuality, including the evacuation of local residents.

Local officials who have been installed by Russia and Ukraine separately laid the blame for a fresh round of bombardment on Thursday at the largest nuclear power facility in Europe in southern Ukraine.

Following its invasion of Ukraine on February 24, Russia captured the largest nuclear power plant in Europe in March. Ukraine’s Energoatom reported that the area was hit five times on Thursday, including close to the location where radioactive materials are stored. The plant is still run by its Ukrainian technicians.

According to Interior Minister Denys Monastyrsky, “the plant is currently not only in the hands of the adversary, but also in the hands of uneducated specialists who may enable a tragedy to occur.”

Of course, it’s difficult to even begin to comprehend the scope of the disaster that could result from Russians’ continued actions there, the speaker said.

A nuclear accident in the mould of Chornobyl has been foreseen, according to Ukraine in recent days.

“This means that we must be ready for any eventuality. The state emergency services are considering several necessary scenarios, including the issue of evacuations, with the Interior Ministry and the Regions Ministry “Mr. Monastyrsky added.

Antonio Guterres, the head of the United Nations, demanded an end to military activity on Thursday near the Zaporizhzhia nuclear power complex. He demanded that all military personnel and equipment be withdrawn and that no additional forces or equipment be sent. He urged Russia and Ukraine to refrain from attacking the infrastructure or the neighbourhood.

The building cannot be utilised in any way related to a military action. In order to guarantee the safety of the region, urgent technical agreement on a secure demilitarisation boundary is required, Mr. Guterres said in a statement.

According to a State Department official, the US likewise supports calls for a demilitarised zone to surround Zaporizhzhia.

On Friday, Russia declared that if the price cap put forth by the G-7 countries was unfair, it would stop providing oil to the...
Read more
WORLD

According to Reuters, a 6.8-magnitude earthquake that occurred on Monday killed at least 66 people in China's mountainous Sichuan region. According to The Global Times,...
Read more
WORLD

Authorities reported on September 4 that a string of stabbings in two communities in the Canadian province of Saskatchewan resulted in 10 fatalities and...
Read more
WORLD

The country is currently experiencing a crisis in the cost of living, industrial unrest, and a recession. On Monday, Liz Truss was elected as...
Read more
- Advertisement -