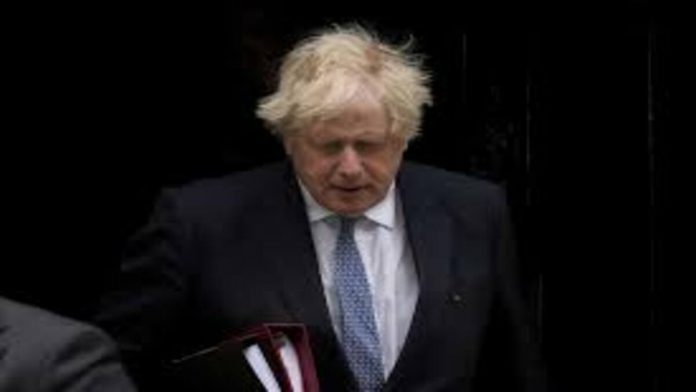 Two senior ministers from the United Kingdom Prime Minister Boris Johnson’s cabinet resigned on Tuesday citing lack of confidence in the Prime Minister’s leadership. The move has left the UK ruling government at the verge of collapsing.

The two leaders — Health Secretary Sajid Javid and Treasury Chief Rishi Sunak resigned after PM Johnson was made to admit that he changed his story amid the way he was alleged of sexual misconduct by a senior member of his cabinet.

In his resignation, Rishi wrote, “For me to step down as Chancellor while the world is suffering the economic consequences of the pandemic, the war in Ukraine and other serious challenges is a decision that I have not taken lightly.”

“However, the public rightly expects the government to be conducted properly, competently and seriously. I recognise this may be my last ministerial job, but I believe these standards are worth fighting for and that is why I am resigning,” he further wrote.

While Sajid in his resignation wrote that as the public lost confidence in the ruling government and so he too had lost.”Conservatives at their best are seen as hard-headed decision-makers, guided by strong values. We may not have always been popular, but we have been competent in acting in the national interest. Sadly, in the current circumstances, the public is concluding that we are now neither. The vote of confidence last month showed that a large number of our colleagues agree. It was a moment for humility, grip and new direction. I regret to say, however, that it is clear to me that this situation will not change under your leadership – and you have therefore lost my confidence too,” his resignation read.

The latest crisis have hit PM Johnson with allegations that he failed to come clean about a lawmaker, Chris Pincher, who was alleged od sexual misconduct in 2019 but was still appointed to a senior post.

On Tuesday, a senior official at the UK Foreign Office between 2015 and 2020, Simon McDonald too accused Prime Minister Boris Johnson of lying.

Following this, PM Johnson was pressurized to explain what he knew about the allegations against Pincher, who resigned on Thursday from the post of deputy chief.

However, PM Boris Johnson had told media that Chris Pincher should have been fired from the government back in 2019, minutes before the declaration of the resignations of the two leaders.

When asked about whether the appointment of Pincher was a mistake, Mr Johnson said, “I think it was a mistake and I apologize for it. In hindsight, it was the wrong thing to do.”