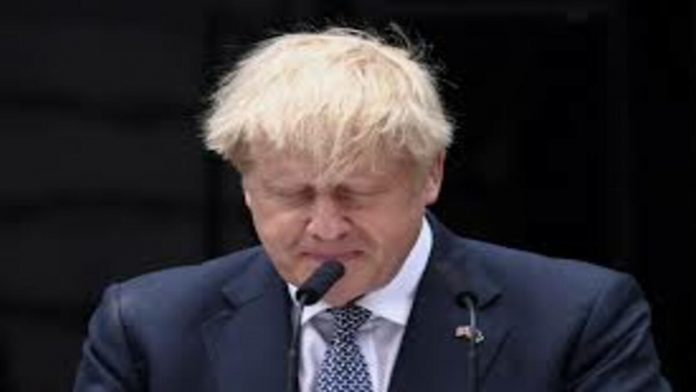 Julia Lopez, a member of the British Parliament, has joined other ministers in resigning from the Boris Johnson administration. Two prominent ministers resigned due to his alleged involvement in a number of scandals and controversies, which has led to a significant shakeup in the UK prime minister’s cabinet.

Lopez posted on Twitter, saying: “I regretfully announce my resignation as the minister of media, data, and digital infrastructure. The Prime Minister has given me the chance to serve the country I adore, and I am appreciative of that.”

Since the 2017 general election, the politician has served as the Member of Parliament for Hornchurch and Upminster in Greater London. Between 2021 to 2022, she also held the position of Minister of State for Media, Data, and Digital Infrastructure.

Lopez was not the only member of the Boris government to resign. In addition to Lee Rowley, Alex Burghart, Kemi Badenoch, Neil O’Brien, and Kemi Badenoch have all resigned from their positions as members of the Parliament.

In a letter sent to the prime minister, the five ministers stated: “We regretfully submit our resignation as government officials. It has been a privilege to work for your administration, and we are still deeply appreciative of the chance you have given us to serve our nation.”

“You’ve been given the most challenging responsibility in a generation. We are really proud of your tenacity, perseverance, and unwavering hope. You should be pleased of the important choices you have made that everyone agrees were the right ones “the additional letter

However, in light of recent revelations, the letter also requested Johnson to resign.

However, it was stated, “Given the difficulties that have surfaced and the manner in which they have been handled, it has become increasingly evident that the government cannot function.”

The letter ended, “In good faith, we must ask that, for the welfare of the Party and the country, you step down.

Johnson vowed to remain in power on Wednesday, the AP said, despite the resignations of two prominent Cabinet ministers and a large number of more junior employees who claimed they could no longer work under his scandal-plagued leadership.

Two senior ministers, Treasury Secretary Rishi Sunak and Health Secretary Sajid Javed, resigned from their positions saying that they could no longer support Johnson owing to his handling of ethics problems and misconduct, dealing a major blow to the Boris government.