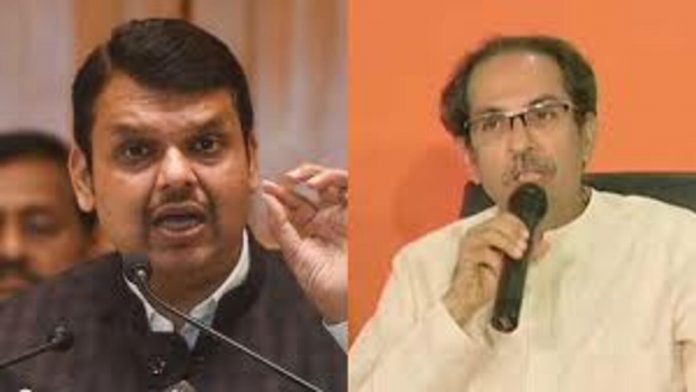 On Wednesday, the battle for Maharashtra entered its final stage when the BJP informed the Governor that Chief Minister Uddhav Thackeray had lost the majority in the parliament and that a floor test was necessary. The Governor has not yet commented on the matter.

Devendra Fadnavis, the leader of the BJP, who represented the party at the meeting with Governor Bhagat Singh Koshyari, said: “39 Shiv Sena MLAs have stated in writing to the Governor that they do not want to form an alliance with the Congress-NCP. We have informed the Governor of this in writing. Thus, they are not affiliated with the government “.

Mr. Fadnavis, who saw the Governor on his way back from Delhi, continued, “So we have urged the Governor that he should ask the Chief Minister to conduct a floor test and prove majority. He was accompanied by Chandrakant Patil, the state BJP leader, and Girish Mahajan.

In Delhi, Mr. Fadnavis met with BJP leader JP Nadda for a 30-minute strategy session as rumors about the party’s impending bid for power abounded.

Mr. Fadnavis had referred to the Shiv Sena rebels, who are currently camped up in Guwahati. Eknath Shinde, the rebel leader who announced that his group would soon relocate to Mumbai, asserted that he has the support of close to 50 MLAs, 40 of whom are Sena members and the others Independents.

The 287-member state assembly currently has 144 votes to make up the majority. There are 152 MLAs in the Shiv Sena, Congress, and Nationalist Congress Party coalition, which is in power. If there are 40 fewer MLAs, it will become a minority.

Without joining the BJP, which Mr. Shinde has not yet mentioned, the Team Thackeray has asserted that the Shinde group cannot circumvent the anti-defection rule notwithstanding the two-thirds majority exception.

Additionally, Team Thackeray has asked for the disqualification of 17 MLAs, which would reduce their support in the assembly’s majority. The Supreme Court is currently hearing the case after being requested by both parties.

No floor tests were to be permitted until the Supreme Court resolved the issue of the 17 dissident MLAs’ disqualification notifications, as demanded by Team Thackeray. On it, the court has declined to issue orders.

Mr. Thackeray had requested a meeting with the rebels upon their return to Mumbai, which is expected on Thursday, during a day of rapid-fire developments. His team claims to have spoken with around 20 MLAs who oppose Mr. Shinde’s proposal to form an alliance with the BJP and take power in the state.

“I want to make a plea to you because there is still time. Please come meet with me so that I can clear up everyone’s questions and the public’s doubts so that we may find a solution “In his letter to the legislators, Mr. Thackeray wrote. The BJP has disputed the Shiv Sena’s accusations that it orchestrated the uprising and pursued its leaders via investigative agencies.