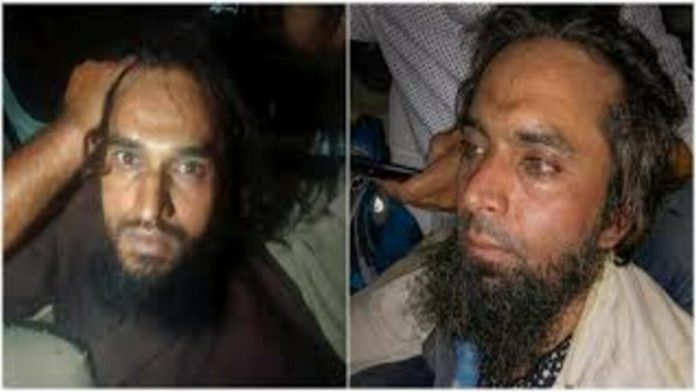 A tailor named Kanhaiya Lal in Udaipur of Rajasthan was brutally beheaded by two men on Tuesday and later in a video that went viral on social media the two men admitted of killing the man over his support to BJP spokesperson Nupur Sharma on social media. The incident has erupted a massive outrage across the state.

The open murder in daylight brought wide protest on streets against the murder urging authorities to impose curfew in areas of seven police stations across the city. Soon after the protests spread, section 144 of CrPC was imposed in Rajasthan on Tuesday.

The Union Home Ministry has also sent a team of National Investigation Agency (NIA) to Udaipur to investigate into the incident.

A video of incident going viral over the internet showed the two men entering the tailor’s shop and attacking him with big knives. In another video, which was posted by the two men showed them admitting of killing the men and also threatening Prime Minister Narendra Modi of meeting the same fate.

The Police arrested bothe the accused on Tuesday night from Rajsamand a neighbouring of Udaipur. The two accused are identified as Riyaz Ahmed and Gaus Mohammed.

In view of communal tension in Udaipur following the incident, internet services in the state were suspended.

Meanwhile, the Rajasthan Police has warned those who are responsible for disturbing law and order in the state and also high-level security has been deployed to keep the situation under control.
“No criminal involved in Udaipur murder case will be spared,” said the state police.

Responding to the tragic incident, Rajasthan Chief Minister Ashok Gehlot criticised the act of killing the tailor and also warned of a strict action against the accused. He also urged to remain calm as the incident erupted tension in the state.

“I condemn the heinous murder of youth in Udaipur. Strict action will be taken against all the criminals involved in this incident and the police will go to the bottom of the crime. I appeal to all parties to maintain peace. Strictest punishment will be given to every person involved in such heinous crime,” said the CM in a tweet.

Soon after the Police arrested the accused Chief Minister Ashok Gehlot said, “Both the accused of murder of youth in Udaipur have been arrested from Rajsamand. The investigation in this case will be done under the Case Officer Scheme and by ensuring speedy investigation, the criminals will be punished severely in the court. I again appeal to all to maintain peace.”

However, Rajasthan BJP Chief Satish Poonia slammed the Ashok Gehlot led administration alleging that the horrific incident was the result of “appeasement policy of the CM and the Congress”.
AIMIM Chief Asaduddin Owaisi also criticised the brutal killing of the tailor and requested strictest punishment to the accused by the state government.

“I am deeply shocked by the heinous murder in Udaipur. Brutalism in the name of religion cannot be tolerated. Those who spread terror due to this cruelty should be punished immediately. We all have to defeat hate together. I appeal to all, please maintain peace and brotherhood,” said Congress leader Rahul Gandhi criticising the incident.