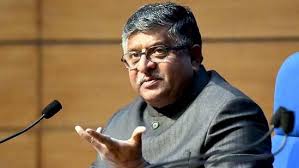 Microblogging site Twitter reached out to Union IT minister Ravi Shankar Prasad for a formal dialogue over the concerns related to the social media site. Twitter however said, that the “safety of our employees is a top priority”. This reaction comes after the Indian government asked Twitter to remove about 1,178 twitter accounts which are said to be linked with Pakistan. The government alleged that these accounts are spreading fake information and provocative content on farmers’ protests.

“Safety of our employees is a top priority for us at Twitter. We continue to be engaged with the Government of India from a position of respect and have reached out to the Honourable Minister, Ministry of Electronics and Information Technology for a formal dialogue,” said the spokesperson of Twitter.