The allows users to send voice messages as a direct messages with a maximum limit of 140 seconds. 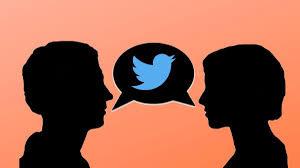 A new feature of voice notes as direct messages or DMs is being started in Indian, Japan and Brazil from Today by twitter on its platform. It is an expansion to voice tweets which has already been launched in last year. By this feature users will be able to send voice messages as a direct messages which has a maximum limit of 140 seconds. The feature is available for both android and IOS users.

Voice messages is more convenient if the user does not want to type and is helpful in opening a new conversation.

The feature is only available on android and IOS but users can listen to the voice messages they receive on web browser. While launching the feature, Twitter said that it will give users an extra and easy chance to express themselves better and create a good user experience.

“India is a priority market for Twitter and that is why we’re constantly testing new features and learning from people’s experience on the service here. We’re excited to bring the voice messages in DMs experiment to the country and give people a new way to express themselves and help them connect through the nuances, emotion, and empathy built by hearing someone’s voice,” said Managing Director of Twitter India, Manish Maheshwari.