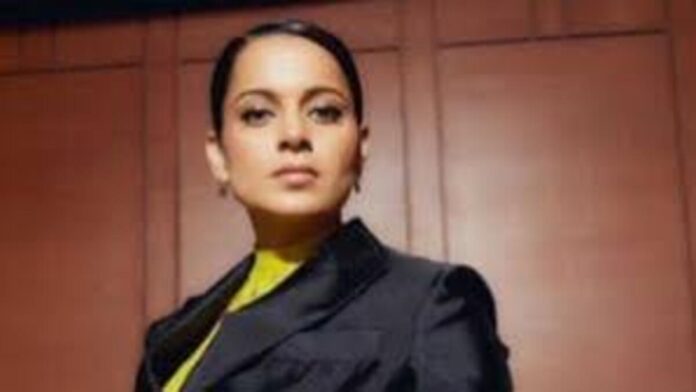 Bollywood actress Kangana Ranaut officially rejoined Twitter after a two-year absence, and his welcome-back tweet went viral. The diva’s account was permanently suspended in May 2021 as a result of her tweets, which were against the microblogging website’s rules.

She posted an enthusiastic message on Twitter yesterday afternoon (January 24). “Hello everyone, it’s nice to be back here,” Kangana tweeted.

Netizens rushed to welcome the actress back to the microblogging platform as soon as she posted the message. One of the users referred to Kangana as “the Queen”, another wrote, “Wait, I can’t believe this! Welcome back, Iron Lady! She’s really returned!”

“Kangana phir bjayegi sbki,” one said, while another questioned the Bollywood star about her blue tick. “Good to see you return after almost 19 months,” said another.

In the meantime, speaking of her career, Kangana has been making waves online for her next flick Emergency. The actress recently disclosed that she had mortgaged all of her homes in order to finance the film’s production. She commented on the article, saying, “My character as an individual has been brutally tested from mortgaging all my homes, everything I owned, to being diagnosed with dengue during the first schedule and having to film it despite extremely low blood cell counts.”

The actress ended the message by stating that she feels “alive like never before” and that the new phase seems like a rebirth for her. The actress continued by thanking the Emergency crew. She also reassured her supporters that they need not be concerned because she is now in a safe location.

Kangana Ranaut will portray former Prime Minister Indira Gandhi in the film on the emergency era in India. Among the other actors who appear in it are Mahima Chaudhry, Vishak Nair, Anupam Kher, Bhumika Chawla, and Satish Kaushik. This year is the planned release date of her film.