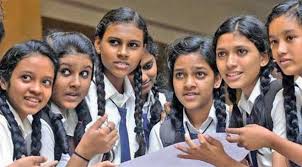 On Wednesday Tripura Education Minister Ratanlal Nath made an announcement that the proposal of providing free sanitary napkins to all girls from class sixth to class twelfth has been approved by the state government.

While addressing a press conference he made that announcement by saying, “To enhance female menstrual hygiene, the Tripura Cabinet on Wednesday gave approval for providing free sanitary napkins among all school girls from class sixth to twelfth”.

As per the data a total of 1,68,252 school girls would be covered under this new scheme called ‘Kishori Suchita Abhiyan’ and the implementation of this scheme will require an investment of Rs. 3,61,63,248 from the state’s exchequer for the period of three years.

With this the minister also said that the state government has also adopted the ‘Policy On School Bag 2020’ as per the guidelines of the Department of School Education and Literacy of Education Ministry”.

He also told that the covid situation has improved a lot in the state as right now only five patients are under treatment at Govind Ballabh Pant Hospital and 32 are in home isolation. The positivity rate has also come down to just 0.12 per cent and no deaths were reported in last four days in the state, he added.

Moreover, there are no side effects reported out of total 4,269 vaccinated beneficiaries in the state, he further said.