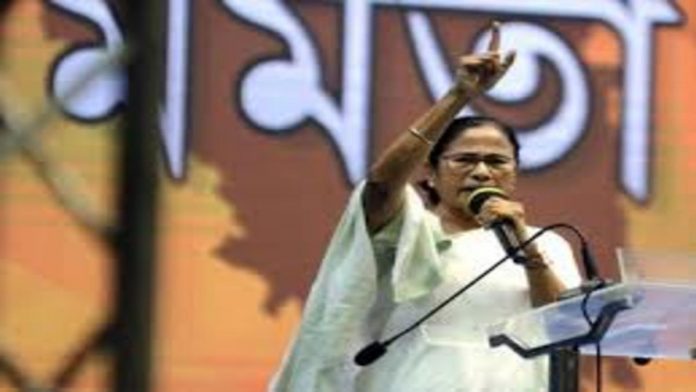 One of toughest challenges faced by West Bengal Chief Minister Mamata Banerjee in the months paving the way to the state assembly elections was the exodus of her party’s leaders to the BJP.

Yet, Mamata Banerjee’s TMC scored a landslide victory by gaining 213 out of 292 assembly seats however, BJP just won 77.

But now after not even a month later those Trinamool defectors in BJP are turning back and trying to seek re-entry in Mamata Banerjee’s party.

Former MLA Sonali Guha, for example, presently feels like “fish out of water” in the wake of having left the Trinamool in March. Footballer-turned-politician Dipendu Biswas kept in touch with Ms Banerjee today saying he needs to “take the TMC flag again”. Other such names include Sarala Murmu and Amal Acharya, as indicated by a PTI report.

There are even rumours of Rajib Banerjee, a minister who left TMC just a few weeks before the elections, considering re-entry.

“Not only leaders, seven-to-eight winning MLAs and 3-4 sitting MPs of the BJP have expressed their wish to join the Trinamool Congress,” told Trinamool spokesperson Kunal Ghosh. He however refused to say anything further on the matter as the party has not taken any firm decision regarding this.

“But we have to honour the sentiments of party cadres, too. These leaders left the party just before elections and the workers and leaders managed to win the election under the leadership of Mamata Banerjee,” he said.

One of the biggest name doing the rounds among those hoping to follow their way back to the TMC is that of Mukul Roy. One of the earliest Trinamool leaders to have left out Ms Banerjee, his son has now made a Facebook present apparent on be condemning of the BJP. The senior leader himself has not said a word on the matter, however.

But the BJP has dismissed any such report related to Mr Roy.

“There was a perception that the BJP is coming to power and the Trinamool will lose power. A lot of people joined our party crying and now they are leaving laughing. People are watching this. People can see why they came to us and why they are leaving,” said a state BJP leader Shamik Bhattacharya.

Meanwhile, only a couple of names have explicitly expressed their desire as of now and the big names have remained silent.