Trailer Of The Big Bull Out Now, Abhishek, Ileana To Feature 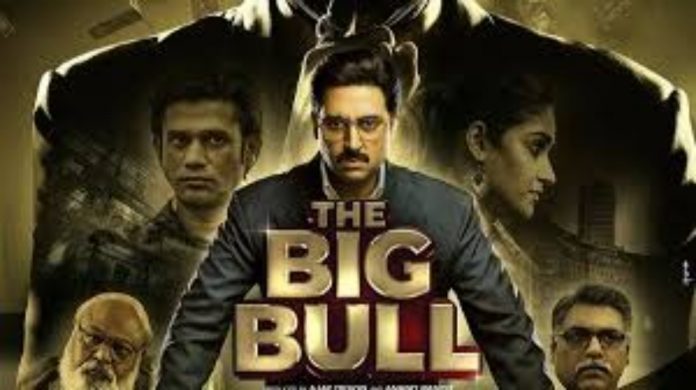 Abhishek Bachchan’s starrer The Big Bull has finally released its trailer today. The actor will be acting as a stockbroker in the film. The film directed by Kookie Gulati is based on the true events of the stock marketing scam by stock broker Harshad Mehta, who was known as the Big Bull of the Dalal Street. The film is being produced by a couple of producers including Ajay Devgn. The film will be streamed on April 8 on the OTT platform of Disney+Hotstar.

Abhishek’s character in the film is inspired by the well known stockbroker Harshad Mehta, who conducted a huge stock market scam in the period of 1980 to 1990. The film also features actress Ileana D’cruz in a role of a journalist named Sucheta Dalal.

Both producer Ajay Devgn and actor Abhishek Bachchan took to their Instagram handles sharing the trailer of the film. “The Big Bull – Official Trailer. This was not just a scam… it was the #MotherOfAllScams! #TheBigBullTrailer out now. #TheBigBull releasing on 8th April on @disneyplushotstarvip. #DisneyPlusHotstarMultiplex (sic),” wrote Abhishek.

The film was about to release on October 23, 2020 in theaters, which was postponed due to the emergence of Covid-19 pandemic. But later it was decided to release the movie on OTT platform of Disney+Hotstar.

A web series had already released in 2020 on the same story by the film director Hansal Mehta. The series starred Pratik Gandhi as the stockbroker and was named as Scam 1992.