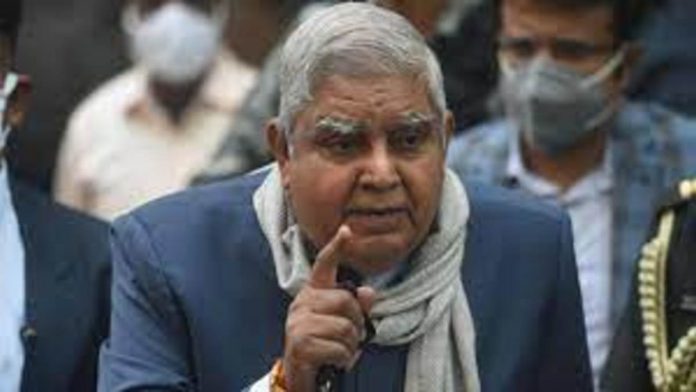 On Thursday night, an associate to Debanjan Deb, the mastermind of the Kolkata fake vaccine scheme, was detained in the city. Arbinda Baidya, a security guard affiliated with Deb, was detained by Kolkata Police.

Debanjan Deb had previously been arrested for running a false immunisation camp in Kolkata after TMC MP Mimi Chakraborty exposed the city’s deception. Debanjan Deb pretended to be an IAS officer in order to deceive citizens with a false vaccination camp.
Deb was then determined to be defrauding individuals financially, according to the police. Baidya was said to be working hand-in-hand with Deb’s actions, according to Kolkata Police.

“He was a member of Debanjan Deb’s security team. Today, he will be brought before the court. He was not only aware of Debanjan Deb’s criminal actions, but he also took part in some of them “a senior Kolkata police officer stated.
The arrest comes just hours after the TMC sent West Bengal Governor Jagdeep Dhankhar photos of Baidya. Sukhendu Sekhar Roy, a TMC MP, remarked that if Deb’s safety was at risk, it would be disastrous for Bengal and the country.

“If it is seen that Deb’s security has been associated with the Governor, or this picture is true, it is dangerous for the state and country. Why is Governor quiet on this matter,” asked Sukhendu Sekhar Roy.

“The state government should form an SIT to know why and how he had gone there. They form SIT for everything. Many people visit the governor. Why had he gone there, all theses should be investigated. BJP does not have any links with this,” said Dilip Ghosh.

He further asked, “What exactly happened? Is there name in the chargesheet? There are lots of forged papers in the market. This party is fake, officials are fake, there is a fake SIT and fake vaccinations are also going.”

“A controversy is going on over the name of Dhankhar in a diary without any confirmation. Their leaders were seen on TV taking money and nothing happened,” said Dilip Ghosh.

He added, “The government has the responsibility to prove that the mentioned Dhankhar is the same person as the West Bengal Governor. They should go to court with this.”