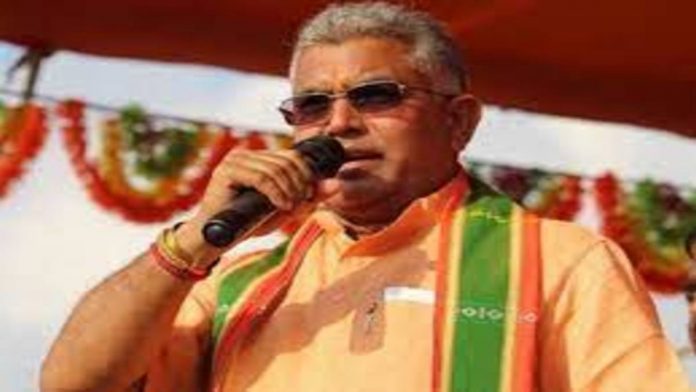 Over the alleged remarks by Bharatiya Janata Party (BJP) cheif Dilip Ghosh on the killings of four people in SitalKuchi of Cooch Behar, the Trinamool Congress (TMC) has requested Election Commission to ban him from campaigning for the state assembly polls.

In its letter to EC the TMC has alleged that Ghosh “justified such murder and threatened Bengal and its people of more such murders in the following words: ‘ar jodi barabakri kore Sitalkuchi dekheche ki hoche, jaegae jaegae Sitalkuchi hobe’ (people have seen what happened at Sitalkuchi, if anyone steps its boundary, the incident of Sitalkuchi will be repeated again and again)”.

“Instead of condemning the acts of violence of CISF in the brutal cold-blooded killing of the four innocent people, Dilip Ghosh has actively seen condoning the acts and in fact encouraging similar spell of violence in the ongoing elections in West Bengal,” the letter further read.

Seeking an immediate legal action against the Dilip Ghosh the TMC said, “In the circumstances, we call upon you, to forthwith: First, initiate appropriate strict legal action, including criminal proceedings, against Dilip Ghosh for his inflammatory and inciting statement and openly threatening the electorate. Secondly, restrain Dilip Ghosh for campaigning for remaining phases,” said the ruling party in Bengal.

In his controversial statements on Sunday, Dilip Ghosh had said that killings like Cooch Behar may happen again if “naughty boys like the ones who died in Sitalkuchi” try to take up the law in their hands and “those naughty boys, who had presumed that the rifles of the central forces were just for a show during election duty, will not dare repeat the same mistake after seeing what happened in Sitalkuchi”, he added.

He had said those statements while addressing a rally at Baranagar in North 24 Paraganas district of West Bengal.

In the incident of SitalKuchi, four people were shot dead as the CISF personnel had opened fire after some people tried to snatch their rifles. This happened during the fourth phase of voting in the SitalKuchi assembly constituency.