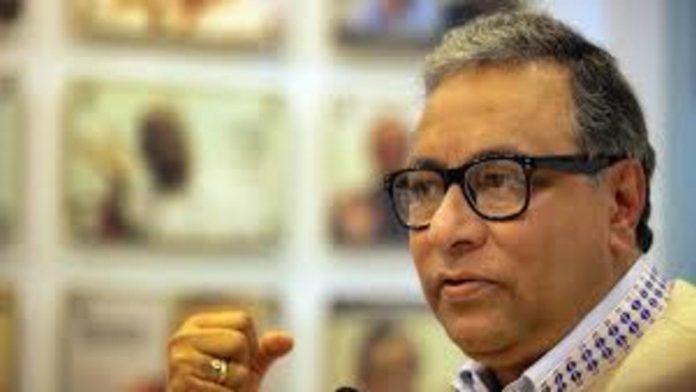 Jawhar Sircar, the former CEO of Prasar Bharati, has been nominated by the Trinamool Congress to fill the Rajya Sabha seat vacated by Dinesh Trivedi. Sircar took to social media to announce that he had accepted the nomination and will continue to fight the Narendra Modi government.

“I have accepted the nomination, as I would be able to carry on my battle against demonic suppression of human rights, communalism and Modi’s disastrous handling of administrative issues like Corona, inflation, nation’s economy and joblessness,” wrote Sircar, a former IAS officer who is known to be a vocal critic of the Modi government.

Jawhar Sircar also indicated that he resigned from his position in 2016 due of disagreements with Prime Minister Modi’s governance. He had resigned before the end of his term.

“I resigned as CEO of Prasar Bharati in November 2016 before my fixed term of 5 years ended, as I could not carry on with PM Modi’s Hindutva, his autocratic style of functioning and the economic mess he was creating,” he said in a Facebook post.

Sircar went on to say that his campaign against the NDA had been “aggressive, unyielding, and analytical.”

In response to the TMC’s nomination of Jawhar Sircar to the Upper House, BJP state unit Vice-President Joyprakash Majumder said the former bureaucrat was a “constant critic of the Centre” who “lacks balance.”

“Sircar had been a fierce critic of us since his retirement. But he had never protested any misdemeanour of Trinamool Congress government and thus suffers from lack of balance as his covert support had always been with Trinamool,” said Majumder.

Who is Jawhar Sircar?
He was born in Kolkata in 1952 and attended St. Xavier’s School, Presidency College, and Calcutta University.

Sircar served in the government for nearly 42 years, leading the Ministry of Culture from late 2008 to February 2012, the longest tenure of any Secretary of State. For the most of his tenure, he reported directly to then-Prime Minister Manmohan Singh.

The 69-year-old stepped down as CEO of Prasar Bharati in October 2016, four months before his retirement date of February 2017.

Sircar was a vocal opponent of the BJP in the run-up to the West Bengal Assembly elections. More recently, he has criticised the Centre’s action against former West Bengal Chief Secretary Alapan Bandyopadhyay over his refusal to attend PM Modi’s Kalaikunda meeting in the aftermath of Cyclone Yaas.