The New Variant May Be More Lethal Indicated Boris Johnson

This UK strain was already declared as to be 70 per cent more infectious than covid-19. 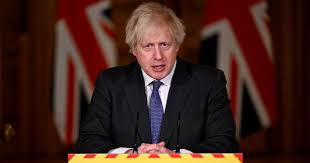 UK Prime Minister Boris Johnson on Friday said that the new variant of the coronavirus also known as UK strain was first confirmed in England, now spreading around the world including US is more deadly than the covid-19.

This indication came from Boris Johnson and his advisers on Friday at a news briefing at 10.

However, he did not mention any specific reason why the variant might be linked to more deaths, but this can be due to either presence of something inherent in the strain or incompetency of overwhelmed health systems.

“I want to stress that there’s a lot of uncertainty around these numbers, and we need more work to get a precise handle on it, But it obviously is a concern that this has an increase in mortality as well as an increase in transmissibility,” he further said.

The calculation that the new variant might be more deadly came from the government’s New and Emerging Respiratory Virus Threats Advisory Group, which concluded it on the basis of various studies.

The variant have already been confirmed in more than 50 countries and is in dominance in United Kingdom. But the scientists at US Centers for Disease Control and Prevention say it can become predominant in US within two months.

However, Prime Minister Boris Johnson and his science adviser asserted that vaccines will be effective against both original virus and the variant. The original coronavirus is mutating like all other viruses which are coming in the form of new variant.

All the mutations are not important but some can lead to different variants which be more or less infectious than the original one.