The Must Watch Series On Netflix, Hotstar, Amazon In The Next Two Months 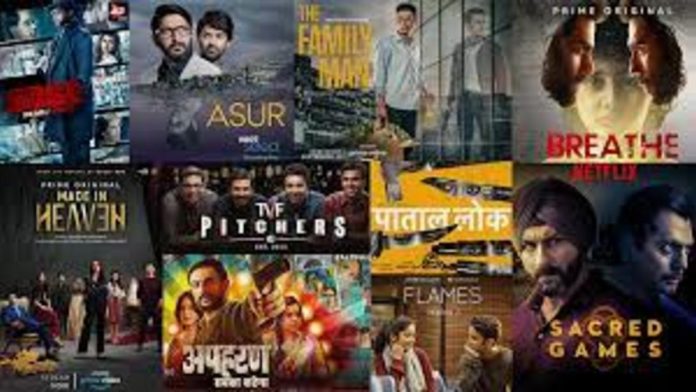 With theatres again being shut across Maharashtra and tall restrictions set to be the order of the day in the foreseeable future across the country, the public will once again resort to alternate forms of entertainment. Factor in the additional impediments of night curfews and weekend lockdowns all through Maharashtra and some other territories, too, pushing film producers to further postpone their movies, and those alternate forms of entertainment quickly boil down to one thing and one thing alone — OTT platforms.

So, what will streaming services be dishing out in the coming months and how do they intend to cash in on this opportunity? Well the answer to the first question is ‘a lot’, and for the second, it’s ‘big time’. Anyway, to make your life easier, we’ve listed down the web series and web films to look forward to in April, May, and June 2021 so you could easily decide what to watch, especially if you’re holed up at home.

Abhishek Bachchan’s take on the Harshad Mehta scam will have the uphill task to hold its own after the uber-popular Scam 1992, but the trailer offers hope.

The comedy movie between man and ape, starring Aadar Jain, Jackie Shroff, Rajpal Yadav, Shhloka Pandit and Elnaaz Norouzi, endeavours to take you on a crazy ride, and given the popularity of flicks like King Kong, Godzilla vs. Kong, Planet of the Apes,m or the rib-tickling Baby’s Day Out, it might just succeed if the content clicks.

The narrative revolves around three parallel investigations across borders. Directed by Sachin Pathak, the show has an ensemble cast that includes Amit Sial, Gopal Datt, Aksha Pardasany, Anshumaan Pushkar and others.

A slew of other interesting titles are set to drop on Netflix, though their release dates are yet to be confirmed. However, with the situation as it is, we expect these OTT giants to cash in big time and make hay while the sun shines (remember what we mentioned earlier on in the article). So, don’t be surprised if the makers of these web shows make a beeline for their titles to be released with movies being absent from cinema halls.