The Latest Remakes That Need To Looked Forward In 2021 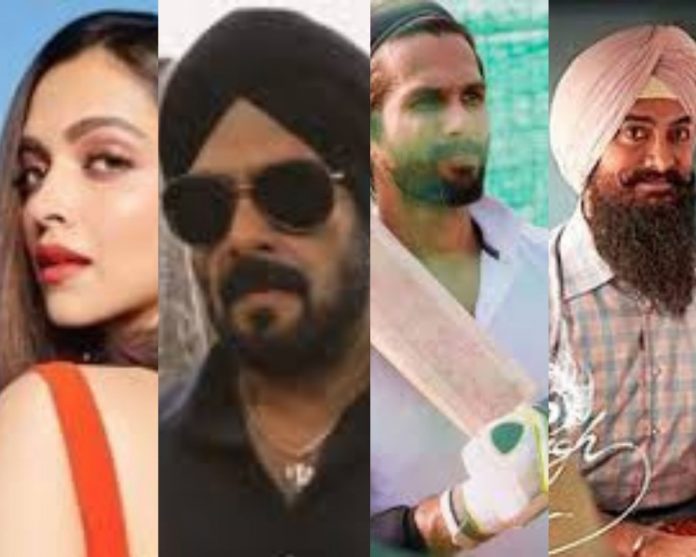 Filmmakers often seek inspiration from books, real-life incidents, and even from films made in different regions. Over the last few years, Bollywood has revamped films from Hollywood and South India for its audience and a lot of them are up for release soon. From Salman Khan-starrer ‘Antim: The Final Truth’ to Shahid Kapoor’s ‘Jersey’ to ‘Laal Singh Chaddha’, featuring Aamir Khan, here are some of the remakes that have already got us excited:

After his blockbuster Telugu remake, ‘Kabir Singh’, Shahid Kapoor is all set for yet another South remake ‘Jersey’. He will be seen playing the role of a cricketer in the film. Directed by Gowtam Tinnanuri, the film also stars Mrunal Thakur, Pankaj Kapur and others in key roles. The original film had starred Nani and Shraddha Srinath in the lead.

Aamir Khan will be seen reuniting with Kareena Kapoor Khan in their upcoming film, ‘Laal Singh Chaddha’, which is an official Hindi remake of Robert Zemeckis’ Oscar Award-winning 1994 film, ‘Forrest Gump’, starring Tom Hanks. Adapted by Atul Kulkarni and directed by Advait Chandan, the film will reportedly be based around some of India’s historic events as seen through the eyes of the protagonist.

Mahesh Manjrekar has taken over the reins of direction for Aayush Sharma’s next titled, ‘Antim: the Final Truth’. The film also stars Salman Khan in a key role and is the official Hindi remake of the Marathi film, ‘Mulshi Pattern’. The plot of the film traces the metamorphosis of Aayush’s character from a simple villager to the most-wanted gangster, who gets into conflict with a cop played by Salman.

‘The Intern’
Deepika Padukone had announced that she will star in the official Hindi remake of the Hollywood movie, ‘The Intern’ in 2019. The 2015 American comedy, directed by Nancy Meyers, featured an ensemble cast comprising of Robert De Niro, Anne Hathway, Rene Russo, and Zach Pearlman. The film was supposed to also star late veteran actor Rishi Kapoor in the lead role. However, after his sudden demise in 2020, the producers are looking for a replacement for Robert’s character in the movie.