The Accused Behind The R-Day Violence Got Arrested

He kept on changing locations to escape the arrest but got finally caught in Haryana’s Karnal which is 100 KM from Delhi. 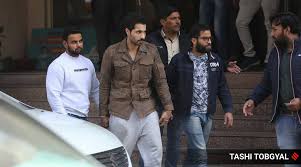 The Punjab Actor Deep Sidhu who was accused of Republic Day violence and hoisting a religious flag at the fort has been arrested.

The Police gave this information today in the morning. A reward of Rs.1 lakh was announced by the police on getting the leads for finding the accused actor.

He kept on changing locations to escape the arrest but got finally caught in Haryana’s Karnal which is 100 KM from Delhi.

He was accused of inciting deep violence on Republic Day with the tractor rally when the protesters denied to follow the time schedule and the routes proposed for the rally, they broke many barricades and also forced their way to the iconic Red Fort where they hoisted a religious flag.

Several politicians condemned the violence calling it the insult of the Republic day and the constitution.

Sidhu had been posting videos on his Facebook feed defending himself but the sources said that they were posted by his friends in California.

He was not just hunted by police but was also accused by farmers’ groups who accused him of derailing the farmers’ movement by leading to a conspiracy.

Hitting back to farmers he said, “If I’m being labeled a gaddar (traitor), then all farmer leaders are gaddars.”

The Delhi Police have filed over 44 cases and have arrested 122 people including many farmers’ leaders so far.