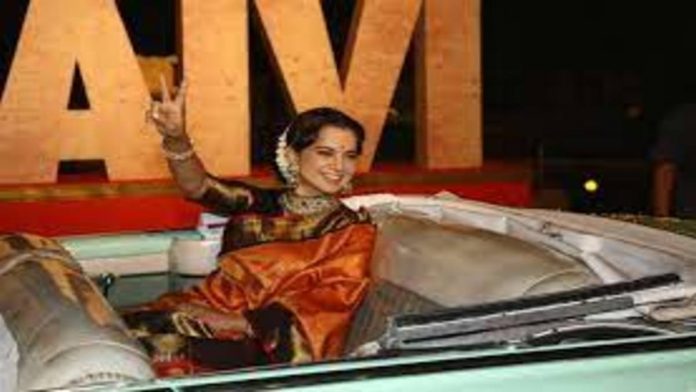 The producers of actress Kangana Ranaut’s forthcoming biopic ‘Thalaivi’ on Friday (April 9) reported they have conceded the arrival of the film because of the high rise in Covid cases across India.

The multilingual historical film depends on the existence of J Jayalalithaa, late actress turned politician who served multiple times as the Chief Minister of Tamil Nadu. The film was planned to deliver in cinemas on April 23, 2021.

A statement posted on Twitter by creation house Zee Studios said the group has chosen to push the release as individuals’ wellbeing is their need. “Since the film has been made in multiple languages, we would like to release it in all languages on the same day. But with an alarming rise in COVID-19 cases, subsequent precautions and lockdowns, even though our film is ready for release on 23rd April, we want to extend all the support towards the government rules and regulations and have decided to postpone release of ‘Thalaivi,'” read the statement.

‘Thalaivi’ is helmed by AL Vijay and composed by KV Vijayendra Prasad. Aside from Kangana Ranaut, it likewise stars Arvind Swami, Madhoo, Prakash Raj, Jisshu Sengupta, Bhagyashree in key jobs. The film has been all the while shot in Hindi, Tamil and Telugu dialects.

Recently, the producers of Akshay Kumar-starrer ‘Sooryavanshi’ likewise declared that the cop-drama has been pushed and won’t be delivered on April 30 because of the flood in COVID-19 cases.