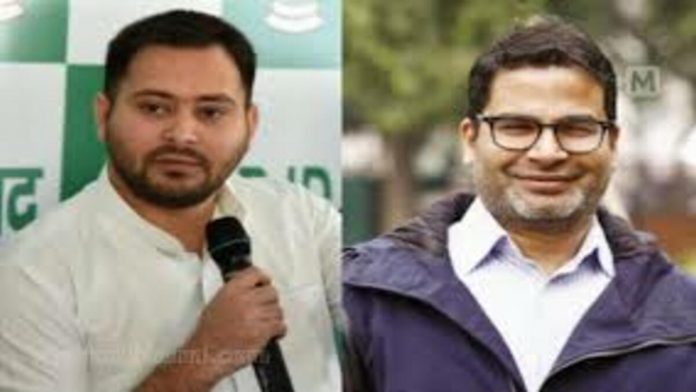 Tejashwi Yadav, speaking to reporters here, called the remark unfounded. “Prashant Kishor’s argument is so illogical that it doesn’t even need a response. It’s a ridiculous claim. Who is he? I’m not aware of his whereabouts. So yet, he has never had a role in anything “he stated

The RJD leader also addressed the Chief Minister’s response to the Citizenship (Amendment) Act’s implementation throughout the country, criticising the Nitish Kumar-led party for voting in favour of the Bill in Parliament.

According to Mr Kumar, the CAA is a policy issue, and the state government is more concerned with protecting people from Covid. The comments were made in reaction to a statement by Union Home Minister Amit Shah, who stated that the Act would be enforced shortly as the pandemic ended.

Tejashwi Yadav, in a dig at the Chief Minister, claimed his party had voted in favour of the Bill in Parliament, hence his comments on the subject were irrelevant.

“On CAA-NRC, we have a clear position. We have consistently opposed this in Parliament, and I do not believe it will be adopted in Bihar very soon. In Parliament, the JDU had backed the bill. People had taken to the streets in protest of the Bill, and every political party had stated its position on the issue. Statements are meaningless if the JDU voted in favour of CAA “According to the RJD leader.