Teams From Taliban Visited Zawahiri And Asked Not To Indulge In Terrorism: Sources 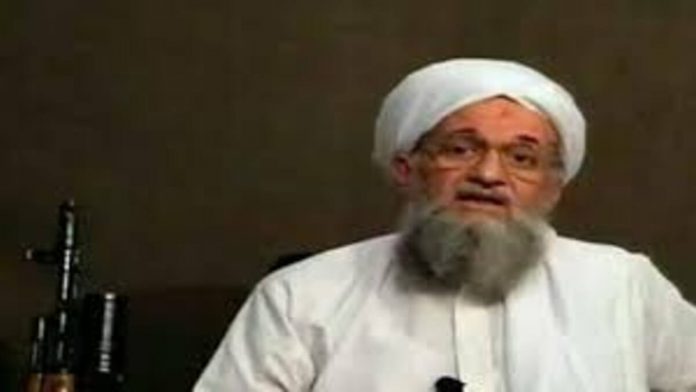 Ayman al-Zawahiri, the commander of al-Qaida, was killed by a drone hit on Tuesday in his safe home in Kabul, according to reliable sources.

According to the reports, the Taliban was in talks with the leadership of AQ about leaving Afghan territory.

The sources added that the Taliban also urged them not to participate in terrorism.

According to the source, Zawahiri was visited by certain Taliban squads in the interim, and it’s possible that his whereabouts were revealed.

The drone attack has heightened worldwide scrutiny of Afghanistan’s Taliban leaders and further thwarted their efforts to win acceptance from other countries and much-needed aid.

In the 2020 Doha Agreement outlining the conditions of the American withdrawal from Afghanistan, the Taliban had pledged that they would not harbor al-Qaida members.

Al-murder Zawahiri’s raises concerns about the Taliban’s role in harboring the 9/11 attacks’ mastermind and one of America’s most sought fugitives, nearly a year after the haphazard U.S. military withdrawal from Afghanistan.

The safe house is located in Kabul’s affluent Shirpur neighborhood, which is now home to several Taliban leaders who previously resided in the mansions of former senior Afghan government officials who were overthrown by the West.

The Taliban originally attempted to portray the incident as an American violation of the Doha Agreement, which also contains a Taliban commitment not to provide sanctuary to individuals looking to attack the United States, something al-Zawahiri had been doing for years in online videos and rants. Who was slain in the attack is still unknown according to the Taliban.

Meanwhile, there are still reports of unrest among the ranks of the Taliban, particularly between members of the potent organization known as the Haqqani network—which is thought to have protected al-Zawahiri—and other Taliban leaders.

The murder has sparked numerous inquiries, “According to a Pakistani intelligence official who talked to The Associated Press under the condition of anonymity because he wasn’t permitted to publicly address reporters.

After Osama bin Laden was assassinated by American Navy SEALs in Pakistan in 2011, Zawahiri assumed control of al-Qaida.

“The Taliban knew he was in Kabul, and if they didn’t, they need to justify their position, “added the official.

According to a senior U.S. intelligence officer, Sirajuddin Haqqani’s top aide lived in the residence where al-Zawahiri slept. On Tuesday, Taliban officials in Kabul prevented AP journalists from visiting the damaged property.

The same-named family serves as the foundation of the Afghan Islamist militant organization known as the Haqqani network. It fought Soviet forces in the 1980s, and for the last 20 years, it has fought NATO forces commanded by the United States and the former Afghan government.

Since 2016, Sirajuddin Haqqani has also held the position of Taliban movement’s first deputy leader. He has also worked for the Taliban government’s authorized interior minister since last August. His multiple large kidnappings and assaults against American and coalition forces in Afghanistan, the Afghan government, and civilian targets have earned him a $10 million prize from the American government.

However, the Haqqanis, who are from the eastern Afghan province of Khost, have divergent views from other members of the Taliban leadership, who are mainly from the southern regions of Helmand and Kandahar. Some think Sirajuddin Haqqani want more authority. Other Taliban leaders have spoken out against the Haqqanis’ brutal attacks on innocent civilians in Kabul and other places.

The Doha Agreement, according to Taliban spokesman Zabihullah Mujahid, was broken by the U.S. by carrying out the strike.