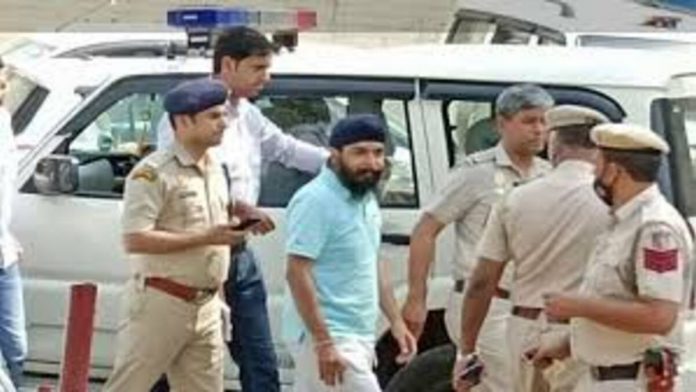 BJP leader Tajinder Singh Bagga immediately after being released by the Punjab Police on his way to Delhi challenged AAP Chief Arvind Kejriwal. He said he will fight the legal battle till the end.

“I challenge Kejriwal if he thinks that we will stop asking questions and stop raising our voices. I will fight this battle. I will not stop. I will keep asking questions of Arvind Kejriwal,” said the BJP leader, as he was returning home to Delhi with his friends and supporters.

He refused to Punjab Police’s claim that he was asked to contribute in the investigation many times but he did not agree saying, “I have already replied to all the summons that have been issued.”

“Kejriwal misused Punjab Police. Bagga has not committed any sort of crime,” said Gupta.
Tajinder Singh Bagga, a 36 year old Bhartiya Janata Yuva Morcha (BJYM) national secretary was arrested by the Punjab Police from his home in Janakpuri, Delhi on Friday morning. He was accused of making provocative statements and promoting criminal intimidation and enmity. The charges were levied against him by the Aam Aadmi Party (AAP) leader Sunny Singh Ahluwalia.