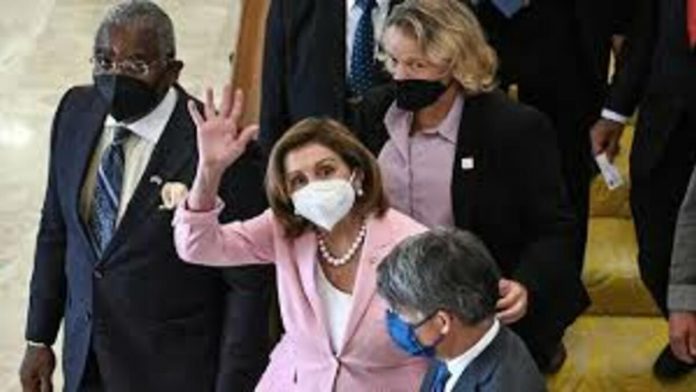 Taiwan prepares for war with China after US senator Nancy Pelosi’s visit. The country has put it’s army on high alert and has cancelled all the planned leaves of its officials and troops.

Following a high-level briefing, Taiwan army has been asked to “immediately prepare for war”.

News outlets from Taiwan reported, all this preparations comes amid the US House Speaker Nancy Pelosi goes on tour of four Asian countries. Pelosi is the highest-ranking US official to visit Taiwan in over 25 years.

This reported visit of Taiwan has disturned peace in China, which regarde Taiwan as its own regions and has continuously warned for “serious consequences” if the tour extends.

“Those who play with fire will perish by it. We would like to once again admonish the US that we are fully prepared for any eventuality and the People’s Liberation Army (PLA) will never sit idly by,” said Zhao Lijian, spokesperson of Chinese Foreign Ministry.

The reason why China is unnappy with the reported visit of Pelosi as it is considering any link between US and Taiwan as an encouragement to make the island’s decades-old independence permanent, which the US also denies it does not support.

However, US tried to convince China that any such visit will not being any change in US policy on Taiwan.

In 1949 after the Communists won the civil war, China and Taiwan were split. Although, both the countries agree that they are. They do not even carry any official link but trade and investment of billions dollars keep them together.

Earlier, the Chinese President Xi Jinping had also asked the US not to interefere in China’s dealings with Taiwan over a phone call with US President Joe Biden.