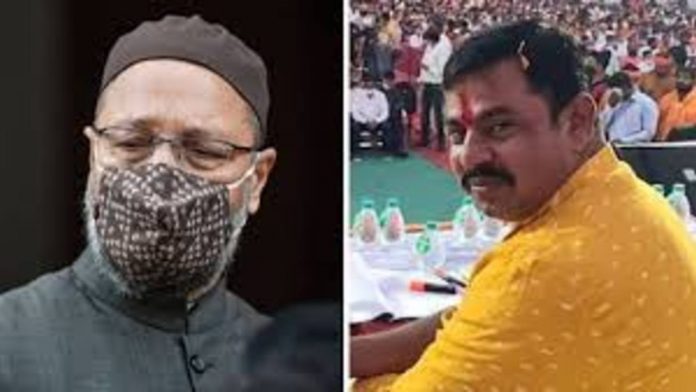 “The injustice will not be forgotten. This injustice will be remembered. Allah will use his power to destroy you. Things are going to change. Who will then come to your rescue? Who will come when Yogi goes to his math and Modi flees to the mountains? “In the video, Owaisi is seen stating.

T Raja Singh, a BJP leader, responded to the aforesaid remark by saying, “Every human being is doomed to die. But if you survive to see Modiji or Yogiji die is another question.”

Asaduddin Owaisi had previously stated that a truncated video of his speech against alleged aggressive and divisive words made against minority communities during a three-day “Dharam Sansad” or religious gathering held in Haridwar, Uttarakhand, was extensively disseminated.

T Raja Singh stated, “With regard to the work done by the BJP government,” “Article 370’s repeal was our dream. That was accomplished. In Ayodhya, we desired the Ram temple. That was also completed. Modiji also got up (development) activities in Kashi just a few days ago.”

While at Belgaum, the BJP leader hailed the Karnataka government for introducing the anti-conversion bill.