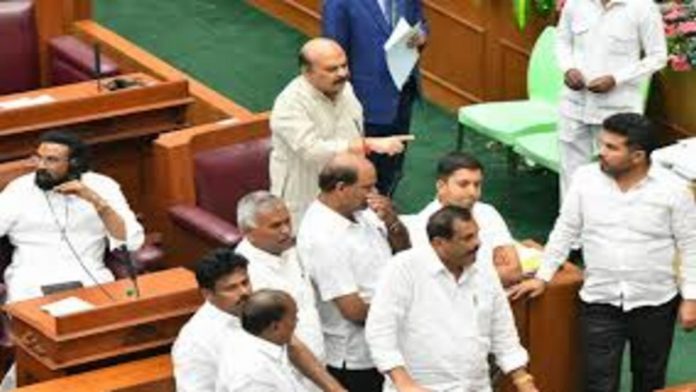 Former Karnataka chief minister and Leader of the Opposition Siddaramaiah has called the anti-conversion Bill passed by the Karnataka Assembly on Thursday “anti-Constitution and anti-human being” and a “RSS agenda,” to which the ruling BJP countered that the Congress government led by Siddaramaiah had prepared a draught of a bill along similar lines in 2016.

The Karnataka Legislative Assembly enacted the Protection of Right to Freedom of Religion Bill, 2021, or anti-conversion bill, over the opposition’s protests.

The State Law and Parliamentary Affairs Minister, JC Madhuswamy, stated before the assembly that this measure was introduced by the Siddaramaiah-led administration in 2016.

Siddaramaiah, speaking to reporters after the bill was passed amid a clamour by the Opposition, said, “It is anti-human and anti-Constitutional. It is not a religious issue; all religions are equal in the Constitution and are equally acknowledged.”

Chief Minister Basavraj Bommai responded to Siddaramaiah’s remark, saying, “There’s nothing to be ashamed of. He (Siddaramaiah) had printed and signed the draught himself. He is a participant in it. In 2016, he approved the RSS agenda.”

Bommai continued, “We are aware of the situation in SC and ST. They go unnoticed and are left unprotected. Our goal in introducing this bill is to defend the SC, ST, and female populations.”

The bill will preserve people’s right to religious freedom and make it illegal to convert from one faith to another using deception, force, undue influence, coercion, allurement, or any other deceptive means. Forcible religious conversion could result in up to ten years in prison, according to the bill.