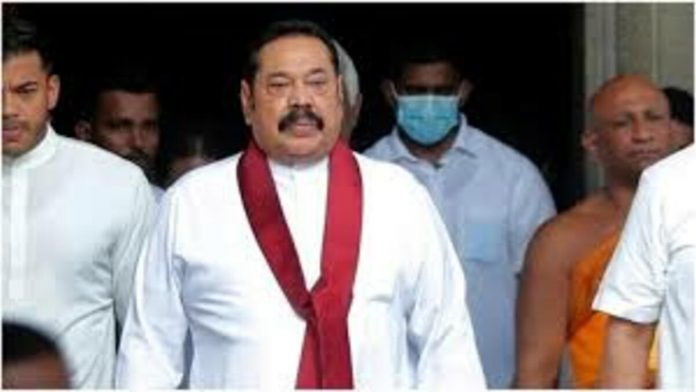 Sri Lankan Prime Minister Mahinda Rajapaksa resigned on Monday, allowing his younger brother, President Gotabaya Rajapaksa, to form a government of national unity as the country grapples with its worst economic crisis in history, according to news reports.

“Effective immediately, I have tendered my resignation as Prime Minister to the President,” Mahinda posted on Twitter. “I write to notify (you) that I have chosen to retire from the job of Prime Minister with immediate effect,” Mahinda said in his resignation letter. This is in accordance with your request made during the extraordinary cabinet meeting on May 6, at which you stated your intention to form an all-party interim government.”

He stated that he is “willing to make whatever sacrifice now and in the future to assist the people and the government in overcoming the current situation.”

Apart from the Prime Minister, at least two Cabinet ministers have resigned, according to PTI.

President Gotabaya Rajapaksa, who leads the country’s beleaguered government, demanded Mahinda’s resignation so that an interim administration could be formed to resolve the current political impasse.

Within his own Sri Lanka Podujana Peramuna (SLPP) ranks, Mahinda Rajapaksa, 76, was under pressure to quit. However, he was rallying his fans to put pressure on him not to back down.

According to police sources, a senior MP has died amid skirmishes between Sri Lanka’s ruling party and anti-government protesters. Two persons were badly injured when MP Amarakeerthi Athukorala opened fire on those attempting to obstruct his car. Athukorala was later discovered dead while attempting to flee to a nearby building.

Sri Lanka is experiencing unprecedented economic crisis, with the government running out of money to purchase basic imports such as food and petrol. Thousands of people have come to the streets around the country since April 9 to protest the administration, demanding the resignation of both the President and Prime Minister.