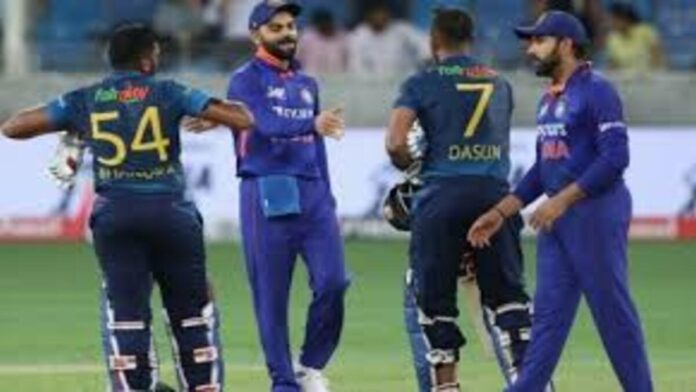 In their Tuesday Asia Cup Super Four match in Dubai, a revitalised Sri Lanka decisively pushed the Indian cricket team in the direction of the exit door with a six-wicket victory. The Rohit Sharma-led team is in dire risk of missing out on a spot in the semifinals as a result of India’s second consecutive loss in the Super 4 stage.

India must now wait for other outcomes to go their way in order for them to qualify for the Asia Cup final. In order for Pakistan or Sri Lanka to defeat Afghanistan on Thursday, they would need to win all of their remaining games. The tie-breaker will once more be determined by Net Run Rate. In the event that Pakistan defeats Afghanistan on Wednesday, India will not be able to compete.

Kusal Mendis (57 off 37 balls) and Pathum Nissanka (52 off 37 balls), the Sri Lankan openers, put up 91 runs at a quick clip as they set out to chase 174. Leg-spinner Yuzvendra Chahal, who struck twice in the 12th over to halt Sri Lanka’s advance, had other ideas. Danushka Gunathilaka (1) was returned by Ravichandran Ashwin, leaving Sri Lanka in trouble at 110 for three in the 14th over.

However, Sri Lanka’s captain Dasun Shanaka (33 not out) and Bhanuka Rajapaksa (25 not out) persevered until the end, winning the match with a 64-run fifth-wicket stand.

Earlier, India defeated Sri Lanka in their Asia Cup Super Four encounter by settling for 173 for eight with to captain Rohit Sharma’s inspiring 41-ball 72. Rohit’s innings came at a time when Sri Lanka’s bowling assault, which claimed two early wickets in the powerplay, was pushing India back in the match.

Maheesh Theekshana destroyed KL Rahul with a low full toss to open off India’s powerplay, and Dilshan Madushanka dismissed Virat Kohli in the third over of the game. Then, during his entertaining innings, Rohit hit five fours and four sixes. Suryakumar Yadav (34 off 29 balls) assisted Rohit well during their 97-run third-wicket stand. The Indian team gained 63 runs after Rohit’s dismissal, which came with the score at 110 for three in the 13th over.

Suryakumar was soon caught for 34 runs from 28 balls by captain Dasun Shanaka. Theekshana caught him at short third man. India finished 119-4. The next player to the crease was Rishabh Pant, who began play with a stunning boundary over deep midwicket and added another to close the 15th over. India had 127/4 after 15 overs because to Pant (8) and Hardik (4).

With a few sporadic huge hits and a strike rotation, Pant-Pandya kept India’s scoreboard moving. Pandya was taken out by Shanaka for 17 points in 13 balls, dealing India its fifth defeat at 149 runs. Following Deepak Hooda, he took the field. His time at the crease was brief when Madushanka cleanly bowled him for 3 runs off of 4 balls.