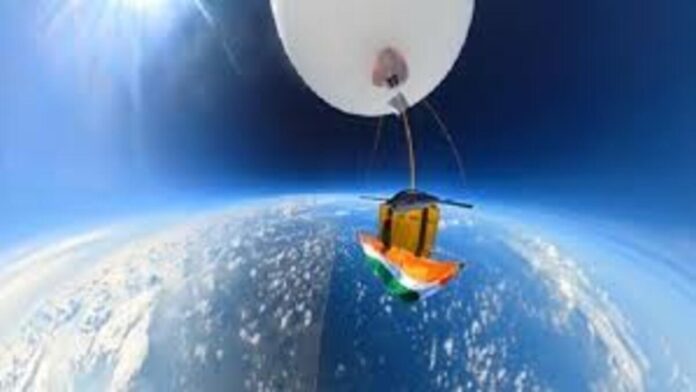 Space Kidz India raised the Indian flag nearly 30 kilometres above the earth as part of the country’s celebration of its 75th anniversary of independence. The flag was carried on a balloon and raised to a height of 1,06,000 feet above the surface of the globe.

Young scientists are being developed for India by Space Kidz India, a group that also educates kids about living in a borderless world. A satellite for the organisation was just launched into low Earth orbit. 750 female students from all around India created the AzadiSAT to commemorate the country’s 75th anniversary of independence.

The group succeeded in developing an ecosystem and a procedure for developing small satellites, even though the satellite was lost owing to orbital problems since the Small Satellite Launch Vehicle (SSLV) that sent it into space failed to place it into a circular orbit around the globe.

In a video message, astronaut Samantha Cristoforetti, who is currently living and working on the International Space Station, congratulated India on its 75th anniversary of independence and noted that for many years, international organisations have collaborated with the Indian Space Research Organization (Isro) on numerous space and science missions. Messages from space have been flooding in as India celebrates its Independence Day.

As for NASA and Isro, they have a long history of collaboration that dates back to the early space age, when Nasa collaborated with Isro on sounding rockets in India, said Indian-American astronaut Raja Chari, who also praised India. We are still working together on cooperative space and Earth science missions today.