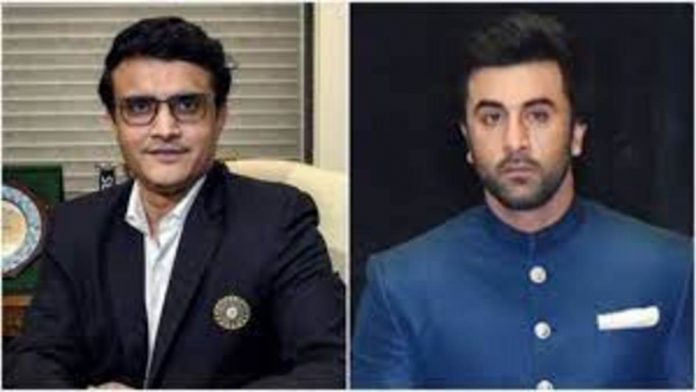 Sourav Ganguly, the former Indian captain, has expressed interest in a biography based on his incredible career as a cricketer, and it appears that he has a Bollywood actor in mind as well! Sourav Ganguly stated to News agency that he has agreed for a big Bollywood film inspired from his life. According to reports, the former cricketer has suggested Ranbir Kapoor to play his character in the film, there are two other actors on the list as well. The career of Sourav Ganguly from Indian captain to BCCI president will be chronicled in this film.

Previously, a Bollywood biopic of MS Dhoni starring Sushant Singh Rajput was a great smash, while Emraan Hashmi’s biopic of former Indian cricket team Captain Mohammad Azharuddin. In her biopic ‘Shabaash Mithu,’ Taapsee Pannu will play Mithali Raj, the captain of the Indian women’s national cricket team. Anushka Sharma is also rumoured to be playing Jhulan Goswami in her biopic, however no official confirmation has yet been made.

Another film set in the world of cricket in 1983. Ranveer Singh plays former captain Kapil Dev in the Kabir Khan film, which is based on India’s 1983 World Cup victory. This film was supposed to be released in April of last year, but it was postponed due to the pandemic.