‘Sooryavanshi’ likely to release on Single Screens and Non-Multiplexes 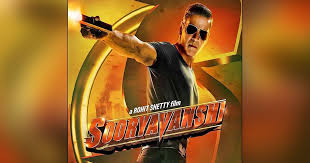 One of the most-awaited films this year is Akshay Kumar-starrer Sooryavanshi. According to reports, the film is set to hit theatres on 2 April. Now, as per a report by Pinkvilla, the Rohit Shetty film will only release in single screens and non-multiplex chains. It won’t be releasing in bigger multiplexes such as PVR, INOX, Cinepolis and Carnival.

A source tells the publication, “The makers of Sooryavanshi were very clear that they would release the film in theatres. Therefore they pushed the release by a year owing to the COVID-19 pandemic. It is an expensive movie and Rohit Shetty and team had worked out a release strategy that would prevent them from incurring losses. But the multiplexes are not agreeing to the terms put forward by Shetty and Reliance. So they have decided to go ahead with the release on 2 April by bypassing the big chains – PVR, INOX, Cinepolis and Carnival”.

The source added that negotiations are on but nobody has arrived at a definite solution. “If multiplexes agree on giving better terms within the next week, the film will hit all the screens across India, or else it would be just a single screen and non-national chain release”.

The source also told Pinkvilla that the makers are trying to figure out a way in which the film can be accessed by a large number of people. “They are figuring out a hybrid release format by releasing it in single screens as well as OTT, but a final announcement can be expected by Monday or Tuesday”.

Sooryavanshi is a cop drama which stars Akshay Kumar, Katrina Kaif among others. Ajay Devgn and Ranveer Singh are also expected to have key roles in the film.