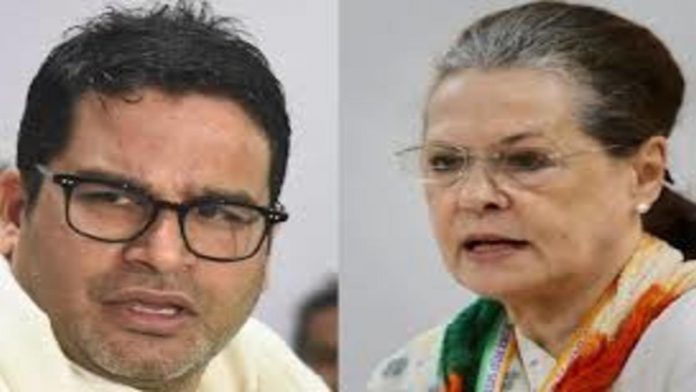 The Congress is split on whether or not to admit Prashant Kishor to the party, with rumours circulating that if he does, he will be granted special status. Given the circumstances, Congress President Sonia Gandhi will make the final decision, according to insiders. She has already held meetings with various senior officials on the subject.

Some Congress officials, on the other hand, support include the poll strategist, who has a remarkable track record, most recently in the West Bengal and TamilNadu assembly elections, where the parties for which his organization campaigned won.

The point of disagreement is whether Prashant Kishor will head a separate campaign group or continue to work under the current system.

According to reports, Rahul Gandhi and Priyanka Gandhi have no reservations about working with Kishor, as they did in the 2017 UP election when the Congress was in coalition with the Samajwadi Party. The combination did not work out, which is why some congress insiders regard Prashant Kishor’s success as case-specific.

Prashant Kishor declared that he does not want to continue working for the Trinamool and the DMK after campaigning for both parties, and rumours of his huge political plunge has been circulating since then. Prashant Kishor, a former member of the JD(U), recently resigned as Punjab Chief Minister Amarinder Singh’s adviser.