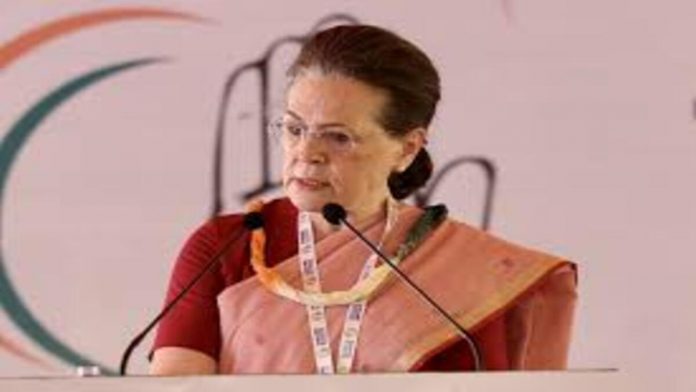 Sonia Gandhi, the interim head of the Congress, opened the three-day Chintan Shivir brainstorming session in Udaipur, Rajasthan, with a stinging attack of the BJP and Prime Minister Narendra Modi, accusing the ruling party of fomenting polarisation and fear in the country.

“It has now become abundantly and painfully evident what Prime Minister Modi and his colleagues actually mean by their motto ‘Maximum governance, minimal government,'” she remarked. It means perpetuating polarisation in the country, forcing people to live in perpetual fear and insecurity, and mercilessly victimising and often brutalising minorities who are integral members of our society and equal citizens of our Republic.”

“The fires of hatred that are being kindled have taken a great toll on the lives of people,” Sonia Gandhi added, criticising the government’s “diversionary tactics.” This is having far more profound social effects than we can foresee.”

The Congress, according to Sonia Gandhi, must “fight this spreading plague of divisiveness.”

“‘Nav Sankalp Chintan Shivir’ allows us to examine the myriad issues that the country is facing as a result of the BJP, RSS, and its affiliates’ policies,” she continued.

The Chintan Shivir of the Congress will be conducted in Udaipur on May 13, 14, and 15. The brainstorming session’s major goal would be to strengthen the party ahead of the 2024 Lok Sabha elections.

Sonia Gandhi, speaking at the Chintan Shivir on Friday, stated that it is an opportunity to discuss both national issues and serious self-introspection.

“Changes in organisation are needed of the hour,” Sonia Gandhi said of the party. “We need to change the way we work.”

“We must put the party’s interests ahead of personal ambitions; the party has given us a lot, and now is the time to repay,” Sonia Gandhi told party members.