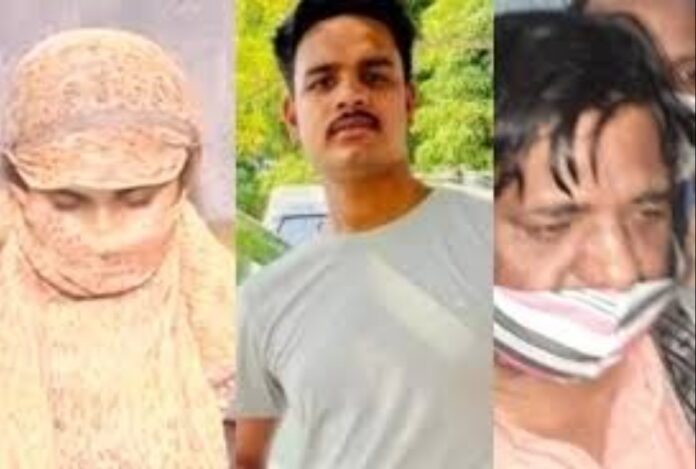 Days after a deadly attack planted on Son of BJP MP Kaushal Kishor, Ayush has released a video from his hiding place on Tuesday. He has accused his wife of ‘honey-trapping’ him into marriage. He also accused his in-laws behind the attack.

Ayush, who had been shot by his brother-in-law is has made serious allegations against his wife Ankita, calling her the mastermind of the incident that tried to kill him.

He asked the Lucknow Police to schedule a meeting and to interrogate him and his wife in person.

He met Ankita just seven months ago and soon had a physical relationship with her, after a few months she started pressurizing him for marriage and as he was madly in love with her he went against his family to marry her, said Ayush.

Claiming that Ankita has already married multiple times in her past and is already married to a man named Pradeep Kumar with whom she was not even divorced, Ayush asked the police to visit his village Huzurpur in Bahraich district to know the truth. He also claimed that his wife has “never put sindoor nor worn mangalsutra till date and now she is seeking the status of daughter-in-law”.

“Sitting on the railway track, Ankita asked me to make a video call to my father and say that I am ending my life, after which my father was shocked. Across the country, girls like Ankita are involved in honey trapping boys from big families,” said Ayush alleging his wife.

“As long as I had money after marriage, I took care of Ankita and her family. When I ran out of money, Ankita’s attitude changed. I did not plan on shooting on myself. An attempt was made to kill me. I was given sedatives mixed with food, due to which I remained intoxicated for three days,” said Ayush.