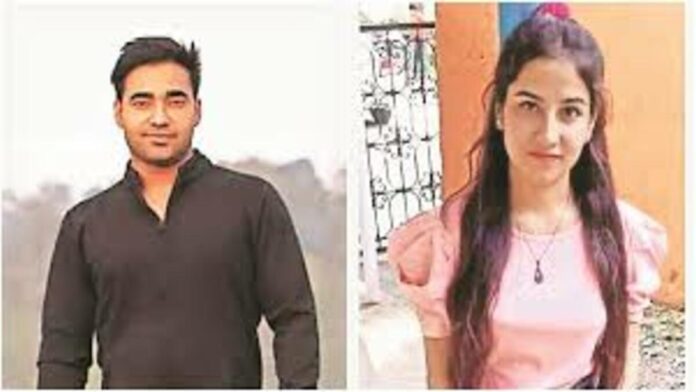 The primary suspect in the murder of an adolescent in Uttarakhand has been identified as the son of a BJP official. The main suspect, Pulkit Arya, has been detained in connection with the alleged murder of a 19-year-old female who was a receptionist at his resort in Rishikesh’s Laxman Jhula neighborhood. On September 18, the little girl was reported missing.

How the Events Unfolded

The girl’s father claimed that the accused molested the girl and that the incident was audio recorded.

The 19-year-old woman came from Pauri Garhwal’s Srikot hamlet. She had been a receptionist at Arya’s exclusive resort in the Laxman Jhula region. When she was not located on September 18, her family reported her missing.

Three days later, on September 21, a FIR was filed based on the unfiled complaint.

Authorities apprehended the three suspects in the murder case on Friday and said that they had tossed the victim into the lake after arguing. She drowned in the event, the SSP of Pauri Garhwal said, adding that the suspects had been charged with murder and concealing evidence under sections 302 and 201 of the IPC.

“For five days, the young lady was absent. The territory is governed by the revenue police. The revenue police were notified of a missing person complaint. On Thursday, the case was moved to Laxman Jhula Police, who nabbed all three suspects the next day “DGP of Uttarakhand Ashok Kumar said a news organization.

According to the police, the girl’s body has not yet been found and an SDRF (state disaster reaction force) team was searching for it.

The resort’s proprietor, Pulkit Arya, is Vinod Arya’s son, a former state minister. According to a source, Pulkit was involved in controversy even during the pandemic lockdown after he and a contentious politician from Uttar Pradesh named Amarmani Tripathi entered a restricted area in Uttarkashi. Tripathi had served 14 years in prison after being charged with murdering a lady.

Pulkit is the primary suspect in the 19-year-old hotel receptionist’s murder at this time.

The resort owner and the other two suspects have been absent, according to the authorities, since the girl vanished.

Residents of Rishikesh organized protests and demonstrations against the serious crime on Friday. Images obtained by the news agency showed a large crowd of onlookers encircling a police car that was supposedly transporting the three murder suspects.

In the images, there were many women trying to confront the offenders, some of them were even leaning into the police car.

Even the resort owned by the principal accused, Pulkit, was vandalized by incensed villagers.

Pushkar Dhami, the chief minister of Uttarakhand, has directed district magistrates to look into every resort in the region and assess the conditions of the staff. He further instructed officials to take decisive action against resorts that are operating unlawfully or without the required compliance.

The head of the Delhi Commission for Women, Swati Maliwal, stated the following shortly after the arrest of the three defendants and their confession to dumping the girl into a canal came to light: “Another daughter suffered brutal treatment. It is very unfortunate that the daughter of Uttarakhand was murdered. May the daughter be brought before you by God. It is our obligation to provide the girl justice. No matter how strong they are, give the criminals a harsh penalty!”

Priyanka Gandhi, general secretary of the Congress, expressed her worry and shared, “The government is in charge of making the employment sites secure and providing security to the working girls. Women’s safety must be a top priority for governments. Only prompt action, severe punishment, and adequate protection for women’s safety will be able to solve this issue.”

I can only fathom what this girl’s parents must be going through, she added in her letter.