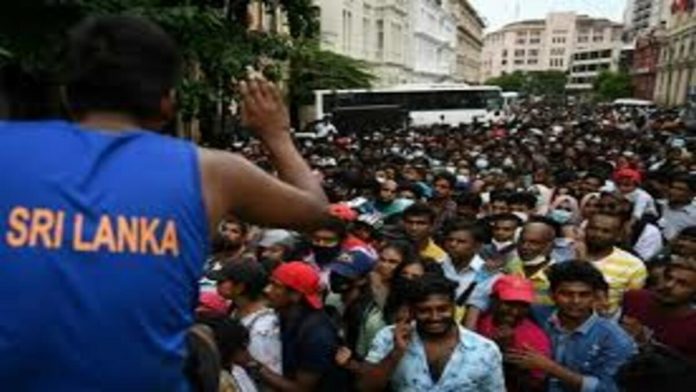 The departure of Sri Lankan president Gotabaya Rajapaksa to the Maldives has exacerbated tense situations in the country, where political unrest has exacerbated the worst economic crisis in seven decades. Reports claim that on Wednesday, as Ranil Wickremesinghe assumed the role of acting president, he was met with hostility from demonstrators who were yelling “Go Ranil, Go!” Wickremesinghe ordered the military to take the appropriate action as a state of emergency was declared.

The time for Gotabaya Rajapaksa to resign as president was on Wednesday, but he chose to travel abroad instead. As a result, thousands of people once more came to the streets to demonstrate. According to AFP, which cited military sources, the four people traveling on a military plane were Gotabaya, his wife, and two bodyguards.

Next, Gotabaya Rajapaksa is scheduled to visit Singapore. He and his brother Mahinda Rajapaksa, who resigned as prime minister in May, are held accountable for the current economic hardship in the nation.

Following those actions, Wickremesinghe, who had also announced his resignation last week, proclaimed a state of emergency on Wednesday. To de-escalate the situation, Wickremesinghe claimed to have assembled a group that included the military and police commanders.

The commotion apparently persisted despite a curfew and an emergency declaration.

As tenseness increased. According to a Bloomberg story, the national broadcaster also stopped broadcasting after being seized by protestors.

The Wednesday and Thursday consular appointments in Sri Lanka have been canceled by the US embassy.

“Consular is postponing all of its Wednesday afternoon services (including those for American citizens and NIV passback) and Thursday altogether out of an excess of caution. All cancelled appointments will be rescheduled, and we apologise for any inconvenience “read the tweet.