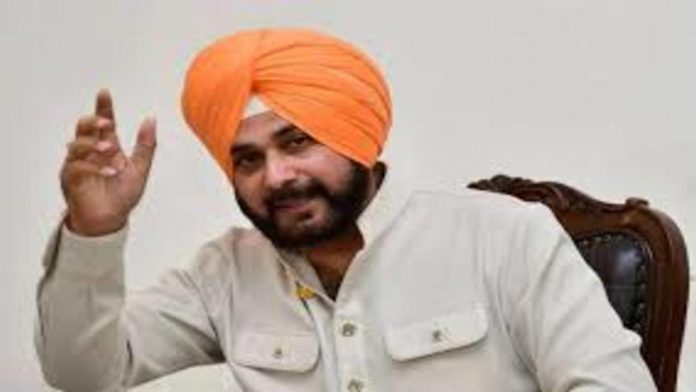 Punjab Congress Chief Navjot Singh Sidhu has called Aam Aadmi Party leader Arvind Kejriwal a “masquerader” because he challenged him for a debate ahead of state assembly polls early next year.

In a tweet, Mr Sidhu has accused the Delhi Chief Minister for secretly cooperating with the Akali Dal members and has also attacked him over the three farm laws recently repealed by the central government.

“Bhagwant (Mann) is not the CM who is running Liquor Mafia with Badals Blacklisted MLA Deep Malhotra … He was not the one who notified Black Farm Law in Delhi!! Who is allowing Badals buses on the lucrative routes to Delhi Airport? Come debate with me masquerader!!” – he said in his tweet.
Once it was believed that Navjot Singh Sidhu was joining AAP but now the two leaders are in bitter feud over past few weeks.

As the ruling Congress has been experiencing infighting for over an year in Punjab, AAP is emerging as a big challenger in the state upcoming assembly polls.

As part of his campaign, Mr Kejriwal has been frequently visiting Punjab and targeting the Congress Party and Navjot Singh Sidhu during each visit. In his last visit, he called the ruling Congress government as the “most corrupt and hypocritical” in state’s history.

While, in his attack on Kejriwal, Mr Sidhu has called him a political tourist and a “liar” who has made “fake promises” ahead of the elections. Mr Sidhu has even dared the AAP leader to meet for a debate on employment.

“Come and sit (with me), wherever in Punjab. Even call me in Delhi. Will sit at your home, bring TV channels also. If Sidhu gets defeated, then (I) will leave politics,” Mr Sidhu said.

He alleged the Delhi Chief Minister for his fake promise of providing ₹1,000 to women per month, questioning whether he was really providing. He also accused him of privatising liquor in the national capital.

He even took a dig out at the Delhi Chief Minister for his allegation against the Congress government for running an illegal mining scam of worth ₹20, 000 crore in Punjab.

“Show me any state which generates more than ₹ 3,000 crore from sand mining. I tell you, Kejriwal! You know nothing about Punjab. You are a political tourist and liar who comes here after four and half years with fake promises. Why did you not come in the last four and half years,” said the state Congress Chief.